Is it One Step Closer To The Robot Revolution !!! 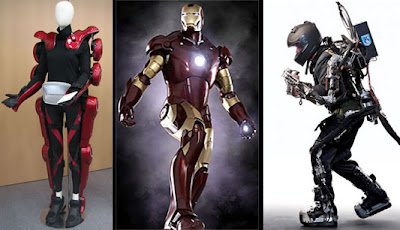 The working efficiency of robot is very calculative than human.(24hoursnews)
Rodney Brooks, co-founder and CTO of iRobot, is leaving his iRobot post to found his own robotics company, Heartland Robotics.
Among iRobot's accomplishments is the creation of the series of Roomba vacuum cleaners and other cleaning robots for consumers. iRobot also just yesterday landed a $200 million contract with the U.S. Army to create a series of military robots, according to a statement on the iRobot Web site.

Brooks will still remain a member of iRobot's board, however. Brooks will also take a leave of absence from his position as Panasonic Professor of Robotics in the Electrical Engineering & Computer Science Department at MIT.

Heartland Robotics, based in Cambridge, Mass., will focus on the manufacture of industrial worker robots.

"I want to effect a powerful evolution in the world's labor markets, and my current focus is to develop low-cost robots that will empower American workers," Brooks said in a statement released on his personal Web site.

Meanwhile, the Heartland Robotics Web site currently consists of only one Web page.

"Heartland Robotics is combining the power of computation -- embodied in robots -- and the extraordinary intelligence of the American workforce, to rehumanize and revitalize manufacturing," says a statement on the company's Web page. Aside from a front page with this statement, interested consumers can sign up for the company mailing list or inquire about a list of available jobs.

Robot helicopter teaches itself how to fly


A new artificial intelligence system allows a robotic helicopter to teach itself how to fly and even do challenging stunts, just by watching other helicopters perform the same maneuvers.

The result is an autonomous helicopter than can perform a complete airshow of complex tricks on its own, its inventors say.

Rather than using software to control flight, the robot learns by observing an expert in what the Stanford team calls ""apprenticeship learning."" Radio-control pilot Garett Oku operates the 4-foot model helicopter that serves as the expert.

""Garett can pick up any helicopter, even ones he's never seen, and go fly amazing aerobatics. So the question for us is always, why can't computers do things like this?"" Coates said.

The artificial-intelligence helicopter, an off-the-shelf model other than its new brains, can do traveling flips, rolls, loops, stall-turns with pirouettes and more. It can even do the ""tic toc,"" in which the helicopter, while pointed straight up, hovers with a side-to-side motion as if it were the pendulum of an upside down clock.

""I think the range of maneuvers they can do is by far the largest"" in the autonomous helicopter field, said Eric Feron, a Georgia Tech aeronautics and astronautics professor who worked on autonomous helicopters while at MIT. ""But what's more impressive is the technology that underlies this work. In a way, the machine teaches itself how to do this by watching an expert pilot fly. This is amazing.""

Helicopters are not easy to control. Constant input is required to keep one stable.

""The helicopter doesn't want to fly,"" said Oku. ""It always wants to just tip over and crash.""

The robotic student is loaded with aftermarket instrumentation, from accelerometers and gyroscopes to magnetometers, which use the Earth's magnetic field to figure out which way the helicopter is pointed.

In the future, such a craft might prove helpful to search for land mines in a war region or to map out wildfire hotspots.
Posted by Unknown at 5:24 PM