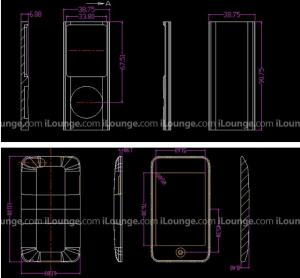 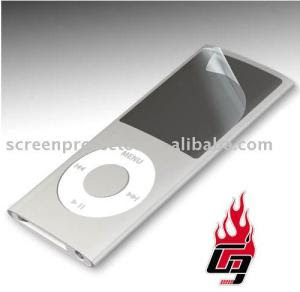 An anodized aluminum top and polished stainless steel back. Six eye-catching colors. A larger, brighter display with the most pixels per inch of any Apple display, ever. iPod nano stirs up visual effects from the outside in.

And it’ll wow you for hours. Play up to 5 hours of video or up to 24 hours of audio on a single charge.1 All that staying power and a wafer-thin, 6.5-mm profile makes iPod nano one small big attraction.
4G iPod line expected to be announced at event
We haven't heard much from the Apple camp in respect to new products since it launched the iPhone 3G that is currently doing well in the marketplace. Apple is the number one brand in MP3 players with the iPod line sitting far above its competitors on the sales charts.
Rumors have been circulating for a while now that Apple would soon introduce new iPod models. Renderings have been surfacing showing the possible design of the new iPod nano and iPod touch players. Engadget has a rendering of the new iPod nano that is advertising some sort of screen protector for the device.
The 4G nano ditches the short, fat designthat was not popular with the 3G nano and returns back to a tall, slim design much closer to the design of previous generation nano players. The 4G nano has a flat screen, but the player itself is rounded on the edges.
Renderings of a new iPod touch have surfaced as well that show it to be in a case very similar to that of the new iPhone 3G. The design change is really no surprise considering the old touch used the same chassis as the original iPhone. According toiLounge, the new iPod nano will measure 38.75mm x 90.75mm x 6.08mm. Those dimensions -- if accurate -- would make the 4G nano slightly taller and thinner than previous nanos.
The rendering also gives the supposed dimensions of the touch as well. The touch is reported to measure 111mm x 61.8mm x 8.4mm -- making it roughly the same size as the original iPod touch.
MacRumors reports that a September 9 press event from Apple has been confirmed. It is assumed the 4G iPod nano and 2G iPod touch will be introduced at this event. Other possible upcoming announcements include updated MacBook and MacBook pro systems.
Posted by Unknown at 11:37 PM