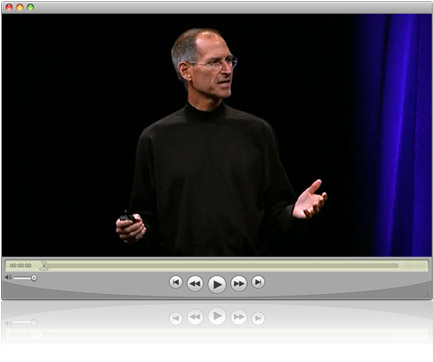 By raising as many questions as it answered, last week's announcement that Steve Jobs will take a six-month medical leave has sparked fresh denigration from those who say Apple's board seems more worried with shielding the charismatic chief executive's privacy than with meeting its responsibility to shareholders.

Critics have often accused corporate boards of being too deferential to management or ignoring stock owners' best interests. Last year, some investors accused Yahoo's directors of failing to meet their fiduciary duty by allowing then-CEO Jerry Yang to reject Microsoft's offer to buy the company at a huge premium.
While the circumstances were different, both boards have been too submissive, charged Darren Chervitz, co-manager of the Jacob Internet Fund, which owns shares in both Apple and Yahoo. "If their job is to look out for shareholders, they're not doing a good job of it."
Governance experts say corporate directors' first obligation is to make sure a company is operated in the best interest of its owners. Recent regulatory reforms have attempted to reinforce the role of directors as independent overseers, rather than simply advisers to management, by providing that outside directors meet independently and serve on committees that oversee audits and compensation.
But experts also said there is not a checklist of rules that tell corporate boards how to handle the kinds of situations that Apple and Yahoo faced.
In addressing .
Jobs' health problems, Apple has offered only terse statements that at times seemed to conflict with previous announcements. Critics point to the way Apple disclosed Jobs' medical leave as a sign the board is giving him too much leeway in determining his own fitness and deciding who will run the company, while depriving shareholders of relevant information.
The announcement came Wednesday in the form of a brief memo from Jobs, which said that "during the past week I have learned that my health-related issues are more complex than I originally thought."
"The fact the announcement came from the CEO and not from the board tells you a lot,'' said Nell Minow at the Corporate Library, a research group that advocates for governance reforms. Citing past episodes involving Jobs' generous stock compensation and an investigation into back-dating allegations, she added, "this is a board that has repeatedly had problems exercising independent oversight."
"The board should drive this process," not Jobs, agreed Charles Elson, a professor at the University of Delaware's Center for Corporate Governance.
But some experts said that, while the board should insist that Jobs keep them informed of his health, it may not have a duty to disclose details if directors are satisfied they aren't relevant.
"From my perspective, much of this criticism is based on speculation," said Joseph Grundfest, co-director of the Rock Center for Corporate Governance at Stanford. "Much of this depends on what the board knew and when did they know it."
Investment banker Gary Lutin, who has served on several corporate boards, added that directors must balance shareholders' right to know against perhaps needlessly panicking investors, customers or employees.
Critics also have complained that Apple's board has failed to articulate a plan for replacing Jobs in the event he is not able to return to work full-time.
"Sadly, this board of excellent people seems to get caught up in the emotional vortex of protecting and sympathizing with their legendary and beloved CEO," said Jeffrey Sonnenfeld, an associate dean at Yale University's School of Management. Apple's eight-member board includes such luminaries as Al Gore, Google chief executive Eric Schmidt and Avon chief executive Andrea Jung, in addition to Jobs himself.
Apple declined comment Friday. A spokesman said the company has a succession plan for the chief executive's job, but the plan is confidential.
Governance experts also are divided over the role of Yahoo's board in last year's unsuccessful buyout talks. Like Jobs, Yang's reputation and identity is closely tied to the fate of the company he co-founded. Some critics have argued that the board should have formed a committee of independent directors to handle the Microsoft bid, rather than allowing Yang to play a leading role in negotiations.
Yang was chief executive and a board member when Yahoo rejected Microsoft's offer to buy the search company for $33 a share, or roughly $47.5 billion, saying the price was too low. The stock was trading at just under $29 at the time of Microsoft's last offer; it's now below $12.
At one point, Yang and co-founder David Filo met with Microsoft executives to discuss their offer, with no other Yahoo directors present. But board chairman Roy Bostock publicly backed Yang throughout the negotiations.
Shareholders voiced their displeasure, however. More than a third voted against retaining Yang and Bostock as board members in August. Three months later, Yang announced he would step down as chief executive.
Board members have an obligation to evaluate whether the chief executive has personal or financial motivations that present a conflict of interest to such negotiations, but the question is ultimately up to the board's judgement, said Michael Klausner, a professor of business and law at Stanford, who added that he wasn't commenting specifically on the Yahoo case.
"The role of the board is oversight, but not necessarily to second-guess, unless there's a red flag," Klausner said.
Posted by SANJIDA AFROJ at 5:44 PM

Buy buzz affluence replica watch can assuredly save money. Compared to the apery or affected ones that are affected from the original, they are almost better. If you plan to amusement yourself one piece, there are some admonition and tips you'd bigger follow. First, admitting they are crafted by the aboriginal brands, they accept been bedevilled by anyone before.

we could accord your claimed north face outlet locations an additional appropriate demeanour which would have it smarter as good as additionally alone. As good as to do which we might confirm to go in for an Integra metal cover.