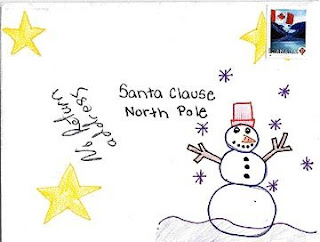 All over the world, Christians gather together on Christmas Eve to celebrate the birth of Jesus and proclaim their belief in the Incarnation (God made flesh). They want to thank God for giving his only Son, Jesus, the ‘Saviour’ of the world, who was born as a human being. In some churches there is a late service, known as midnight Mass. The service might start with a candlelight procession, led by the choir, who sing Christmas carols celebrating Jesus' birth. Manger scenes are set up in churches and the priest may bless a model of the crib in memory of where Jesus was laid.


On Christmas Day, a special Eucharist is held. The altar cloth is changed to white, which is the colour used for special celebrations.


Many people decorate their homes for Christmas, putting up Christmas trees covered with decorations and lights. Some people put a holly wreath on the front door. Christmas cards are sent to wish friends and families a ‘Happy Christmas’. Tradition varies between different countries as to whether Christmas Eve or Christmas Day is the main focus of family celebration. Children get presents from Santa Claus, who is named after St Nicholas. Friends and families exchange presents and a special Christmas dinner is eaten; in England, roast turkey and Christmas pudding have become customary on Christmas Day, while in Portugal the traditional meal is salt cod, eaten on Christmas Eve. The custom of the crib scene dates back to the 13th century, while other traditions, such as the Christmas tree, came much later


St Luke's Gospel St Luke concentrates on showing Jesus as the saviour for ordinary people. In his account, Mary was visited by the archangel Gabriel and told that she had been chosen to bear God's son. She was told that she would conceive by the Holy Spirit, and to call the child Jesus. Mary's cousin Elizabeth gave birth to John the Baptist before Jesus was born.


The Roman emperor Caesar Augustus ordered a census. Everyone had to return to his or her hometown. Mary went with Joseph to Bethlehem as he belonged to the line of David. While they were there, the baby was born. She put him in a manger because there was no room for them at the inn.


An angel appeared to some shepherds in the fields, where they were looking after their sheep. They were told that a Saviour had been born and they would find him lying in a manger. The shepherds went to Bethlehem, saw the child, and returned to their flocks, praising God.


After eight days, Jesus was circumcised. The family carried out everything they had to do according to the Jewish law and returned to Nazareth.


St Matthew's Gospel In Matthew's account, Mary and Joseph were betrothed. Mary became pregnant and Joseph knew that the baby was not his. He did not want to shame Mary, but planned to break off the engagement quietly. The archangel Gabriel appeared to Joseph in a dream and told him that he should marry Mary. She would give birth to a son who was to be called Emmanuel. Joseph had no sexual contact with Mary before Jesus' birth.


Jesus was born in Bethlehem, in Judaea. Wise men (the three Magi) came from the East to Jerusalem, following a star that they believed to be a sign that a new king had been born. King Herod the Great asked the wise men to let him know where the baby was on the pretext that he himself could worship him, although he planned to have the baby killed. The wise men followed the star until it came to rest over the place where Jesus was. They gave their gifts to the baby and then left Bethlehem. Herod ordered that all boy children under two should be killed.


Joseph was warned in a dream that they were in danger, and so he fled to Egypt with Mary and Jesus. When they heard that Herod was dead they returned to Nazareth.
Posted by Md Moshiur Rahman at 9:26 PM