"Without carbon capture and sequestration, we are all toast." 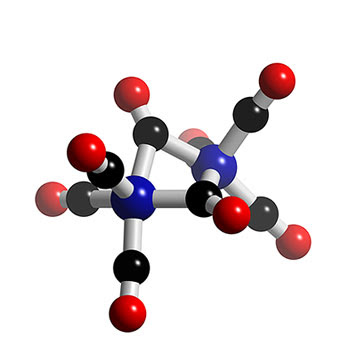 Research on a dire problem--carbon capture--gets going ,
Jiang Lin, a scientist with the China Sustainable Energy Program with Lawrence Berkeley Lab, issued that gloomy proclamation earlier this week, and it's a fitting description of the current world situation when it comes to global warming. To make it worse, I asked Lin about how the world is responding to the challenge. Not well.

"We haven't invested in deep research or spent much money in testing out the scenarios," he said. "There are a lot of uncertainties."

Still, it's not over yet, and the University of Texas this week announced it has received a $38 million grant to study the feasibility of injecting carbon dioxide into brine-filled underground wells over a 10-year period.

The project is part of the Southeast Regional Carbon Sequestration Partnership (SECARB), funded by the National Energy Technology Laboratory of the Department of Energy. SECARB's goal is to study carbon-dioxide injection and storage capacity of the Tuscaloosa-Woodbine geologic system that stretches from Texas to Florida. The region has the potential to store more than 200 billion tons of the gas, which the department says it equal to about 33 years of emissions.

Beginning in the fall, SECARB scientists will start to inject a million tons of carbon dioxide a year into a brine reservoir near Natchez, Mississippi. The brine is up to 10,000 feet below the surface.

In some ways, the U.S. is the Saudi Arabia of gaping holes. The U.S. has produced more oil than anywhere else in the world, historically speaking--250 billion gallons have been sucked out of the ground here--there is lots of empty space underground, according to Chevron's CTO Don Paul, who spoke this week at the Dow Jones Alternative Energy Innovations Conference.

Sequestration, though, poses logistical and financial challenges, Paul said. Just to capture the carbon dioxide coming out of power plants, factories and other "stationary" carbon-dioxide emitters, it would take an infrastructure the same size as the natural gas infrastructure.

The university's Bureau of Economic Geology will inject carbon dioxide into brine formations deep underground about 15 miles east of Natchez, Miss. It's thought that sequestering major greenhouse gases emitted by power plants and other sources could reduce atmospheric emissions that contribute to global warming.

This is the next step in a series of bureau-led experiments to test much-needed carbon capture and storage technologies," said Scott Tinker, the state geologist and director of the bureau, a unit of UT's Jackson School of Geosciences.

Officials will begin injecting carbon dioxide this fall into the formations of brine, or salt water. Key tasks include estimating the storage capacity of such reservoirs and developing methods for documenting carbon dioxide retention. The project is the first intensively monitored, long-term effort of its type in the nation.
Posted by Md Moshiur Rahman at 9:43 PM