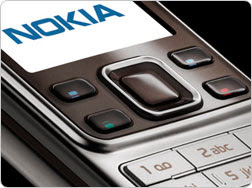 Nokia today revealed a new phone that will allow users to switch from traditional mobile networks to make calls over the internet when they are in reach of a wireless network such as a Wi-Fi hotspot.

The 6301 is the latest handset to use unlicensed mobile access (UMA) technology, which allows users to switch between GSM cellular and WLAN networks. Nokia said the new model, which will be available through operators including Orange, would begin shipping in Europe in the fourth quarter of this year. It will cost an estimated €230 (£161), before subsidies and taxes.

Interest in UMA has been steadily building this year, especially in the US, as mobile operators face increased competition from free and low-cost internet telephony services such as Skype.

Earlier this month, Research in Motion, the company behind the BlackBerry mobile e-mail service, released a new UMA handset in the US with AT&T, the US operator.

Also in the US, T-Mobile recently unveiled a new service where customers pay $10 a month, on top of their regular payments, which allows them to make calls through a Wi-Fi network when they are at home and through T-Mobile hotspots in locations such as cafes and airport lounges.

In particular, mobile operators are keen to tap into the large numbers of phone calls people make using their mobiles at home.

According to Ovum, the marker researcher, in Europe 30 to 40 per cent of mobile calls are made within the home. That figure rises as high as 60 per cent in the United States.

Jeremy Green, an analyst for Ovum, the researchers, said: "Fixed-mobile convergence is one of the hottest topics in the mobile industry, even though the benefits of UMA for consumers are not yet clear."

Alongside UMA, operators including Vodafone, the world's largest, are also testing femtocell technology, small indoor versions of the large phone towers that link up national mobile networks. Commercial versions of the technology are slated to be rolled out next year.

ABI Research forecasts that about 70 million femtocells will be installed in homes around the world by 2012. Groups funding femtocell start-ups include Google, the search giant, and Intel, the world's largest microchip maker.

Switching automatically between GSM and Wi-Fi networks, the Nokia 6301 will soon ship in Europe.

With UMA technology, the consumer can use the GSM network or a broadband Internet-connected Wi-Fi network for mobile services. This is supposed to ensure excellent indoor coverage both at office and home. European carrier Orange will be one of the first carriers to offer the Nokia 6301.

The Nokia 6301 will begin shipping in Europe during the fourth quarter of 2007 with an estimated retail price of 230 euros before subsidies or taxes.