BAE Systems has won a £4.4 billion contract to supply Eurofighters to Saudi Arabia 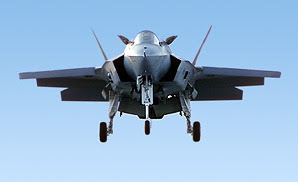 BAE Systems, Europe's largest defence company, has won a £4.4 billion contract to supply Eurofighters to Saudi Arabia, despite failing to agree terms for a reciprocal investment in the kingdom.

The contract for 72 Typhoons is one of the largest defence export orders to have been won by a British company and will be worth an estimated £20 billion over the lifetime of the aircraft.

The Saudis signed the contract last week, although they have not reached an agreement with BAE on the level of investment that the company will make in the kingdom manufacturing and maintaining the Typhoons. Negotiations on the "Saudification" of the £60 million aircraft will continue in the coming months.

The Times reported on September 7 that the contract had been sent to Saudi Arabia and that King Abdullah was expected to sign the historic agreement within a week.

A Saudi defence official confirmed yesterday that the contract was signed on September 11 and initially is worth £4.43 billion. The contract will be called Project Salam, or al-Salam, meaning "peace".

The initial contract will be supplemented with a further order for armaments and weapons systems estimated to be worth £5 billion.

The Saudis are expected to spend a further £10 billion on maintenance, training and support for the aircraft.

The first 24 Typhoons will be built at BAE's factory at Warton, Lancashire, and the remaining jets are likely to be assembled in Saudi Arabia. BAE already employs 4,600 people in the kingdom, but negotiations on how much more the company will invest to build and support the Typhoons are yet to be finalised.

Confirmation that the Saudis have signed the Typhoon contract ends concerns that a Serious Fraud Office (SFO) investigation into BAE's earlier dealings with the Saudis could derail the sale.

The SFO was looking into allegations of corruption and bribery in the al-Yamamah contracts. The Saudis threatened to cancel the Typhoon order and withdraw anti-terrorism co-operation if the SFO pressed ahead with requests to examine the Swiss bank accounts of members of the royal family. The British Government ended the SFO investigation last December.

The deal was held up again this year when the Saudis decided to wait for Gordon Brown to become Prime Minister. They wanted the new British leader to endorse the deal personally as a sign of renewed co-operation between the two nations.

This is understood to have held up completion of the deal in recent weeks, but the Saudis went on with signing rather than risk having to renegotiate the whole deal.

In a statement to the Stock Exchange, the defence group said: "BAE welcomes this important milestone in its strategy to continue to develop Saudi Arabia as a key home market with substantial employment and investment in future in-kingdom industrial capability."

The deal will be a significant boost to the company after a year in which it has faced allegations of corruption in other defence contracts.

Howard Wheeldon, senior strategist at BGC Partners, the brokerage firm, said: "This marks a new era in the UK-Saudi relationship and BAE will be the major beneficiary. It is good for BAE, but it is also good for the Saudis, as they get some of the best equipment in the world."

Al-Salam is the successor to the massive al-Yamamah contract agreed by the Thatcher Government in the 1980s. The deal to supply Saudi Arabia with Tornado fighter jets has been worth more than £43 billion to BAE since it was signed in 1984 and is the largest export order won by a British company.

Eurofighter, which is a collaboration between the British, German, Italian and Spanish governments, has won only one previous export order, of 18 aircraft to Austria.

BAE Systems is a global company engaged in the development, delivery and support of advanced defence and aerospace systems in the air, on land and at sea.

Major operations across five continents, with customers and partners in more than 100 countries.