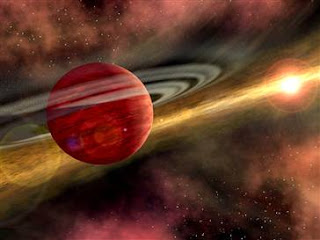 The first planets outside our solar system were spotted in 1990, in orbit around a dying, radiation-spewing star very different from our Sun. In the years since, scientists have turned up even stranger worlds.

Starting in 1995 with 51 Pegasi b - the first extrasolar (or exoplanet) discovered around a normal star - planet hunters have found alien worlds that run the gamut in terms of diversity. There are large, gassy giants and small and rocky worlds. Some are two-faced worlds of fire and ice, and some float eerily through space, bound to no star.

In the dozen years since the discovery of 51 Pegasi b, the number of known and suspected exoplanets has climbed to nearly 230. Here are some record holders and oddballs.
The first 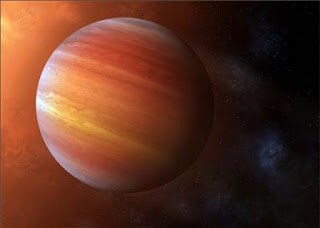 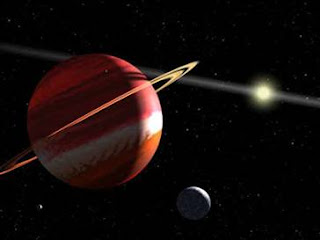 51 Pegasi b was the first planet discovered in orbit around a normal star other than our Sun. The planet, a hot Jupiter, also goes by the moniker Bellerphon, after the Greek hero who tamed winged-horse Pegasus, in reference to the constellation Pegasus where the planet is located.
Epsilon Eridani b orbits an orange Sun-like star only 10.5 light years away from Earth. It is so close to us telescopes might soon be able to photograph it. It orbits too far away from its star to support liquid water or life as we know it, but scientists predict there are other stars in the system that might be good candidates for alien life. There are known exoplanets that have one, two and even three suns. But one bizarre class of planet-sized objects has no suns at all, and instead floats untethered through space. Called planemos, the objects are similar to, but smaller than, brown dwarfs, failed stars too small to achieve stellar ignition 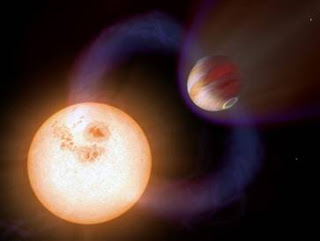 SWEEPS-10 orbits its parent star from a distance of only 740,000 miles, so close that one year on the planet happens every 10 hours. The exoplanet belongs to a new class of zippy exoplanets called ultra-short-period planets (USPPs), which have orbits of less than a day.
Posted by Md Moshiur Rahman at 11:17 AM