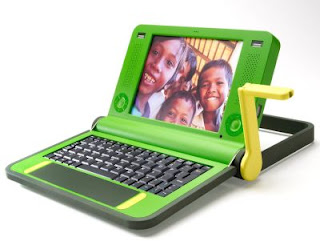 The famous laptop project by the OLPC project will now cost $188 instead of $100. The One Laptop Per Child project has been plagued with problems for some time now. The price has nearly been doubled by the not-for-profit organization to cover losses and fill a void with the inability to book orders.

The One Laptop Per Child (OLPC) project has raised the price of its XO laptop to US$188, according to an Associated Press report.

OLPC spokesman George Snell confirmed the price change on Friday, the AP report said. Snell blamed the price hike on "currency fluctuations" and the rising cost of raw materials like nickel and silicon.

OLPC executives in the U.S. were not immediately available for comment. Previously, OLPC said the XO would cost $176.

The reported price hike comes at a critical juncture for OLPC. The XO laptop has gone through four prototype stages, and the design has been locked down for weeks. In August, Quanta Computer Inc. completed a manufacturing run of 300 units to test the production process -- the final step before mass production of the XO begins later this month or in early October.

OLPC customers are counting on a low-cost laptop, and it was not immediately clear what, if any, impact the latest price hike will have on orders for the XO.

OLPC laptop gets minor delay along with price bump
Rumors that the XO laptop still has some refinement in terms of both pricing and configuration were confirmed late last week. A spokesperson for the One Laptop Per Child (OLPC) Project told the AP on Friday that the price of the XO laptop has risen to $188 per unit and that the project faces product delays. The cost increase of approximately $12 may not seem like much, but given that initial orders from governments must amount to at least 100,000 units, it all adds up quickly.

The OLPC project designed the XO laptop to be used by students in developing countries. The non-profit organization will sell the laptops to foreign governments to distribute to children through schools. Although the systems were originally intended to sell for $100 each, the price has steadily climbed as a result of additional features and unexpected costs.

The XO laptops, which are being manufactured by Quanta in Taiwan, include innovative hardware features like a dual-mode LCD screen, a pull-string charger, a wide touchpad, and a unique wireless mesh network system. The XO's Linux-based operating system also includes innovative features including a highly unusual user interface.

The OLPC Project now faces competition from Intel's Classmate PC and a new laptop developed by Asus called the Eee PC that is scheduled for release this month.

The OLPC Project reportedly faces delays as well, but the severity of those delays isn't apparent yet. In the latest OLPC community newsletter, which was written last week, OLPC president Walter Bender says "there were Sugar, network, and security reviews this week resulting in the reporting of some new bugs and future features. One outcome was the identification of some last-minute features, so we will not be ready for code freeze on Monday—we are probably off by about a week. Next week, we will have a major push to get all remaining blocking bugs addressed."

Although the XO laptop has fallen short of initial expectations and far exceeded the original anticipated price of $100, the project is still heading towards a strong launch with a product that has lots of potential. The project is still confident that it can reach $100 per unit (if not below) over the next year or two with scale, but achieving that scale is going to be hard in the face of price increases.
Posted by Md Moshiur Rahman at 4:27 AM