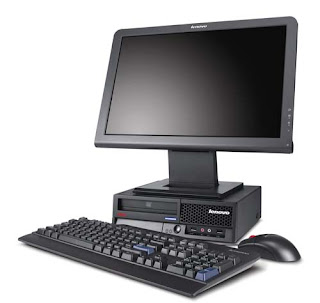 Lenovo has launched a new model of its ThinkCentre desktop, the A61e, which the company says has at least three elements that could spur new desktop sales: a smaller footprint, quieter operation and a low price point.

1. With a form factor about the size of a phone book, Lenovo said the A61e will also be more energy-efficient than earlier desktops and providea $20-per-unit annual energy savings.
2. The A61e will have SKUs with either the AMD Athlon 64 X2 dual core chip, or the Sempron single core..
3 The A61e follows up on remarks by Lenovo CEO William Amelio to CRN earlier this year, when Amelio promised that the company would deliver a desktop that provided a smaller footprint without a higher price.

The ThinkCentre M57 and M57p desktops start at approximately $821 and $1,021, according to the company, while the ThinkVision monitor starts at approximately $550. The PCs will be available beginning in October, and the monitors in November, Lenovo said in a statement.

The M57 and M57p are Energy Star 4.0 compliant, and the new small form factor design incorporates better acoustics so the PCs run cooler and quieter, according to the Research Triangle Park, N.C.-based vendor.

Lenovo has recently made Intel's vPro (desktops) and vPro for Centrino (notebooks) a big part of their story in their M-series business-class desktops and ThinkPad notebooks. Intel released the latest version of its vPro board with Active Management Technology in late August. It features beefed-up security and new virtualization capabilities in a package that includes a Core 2 Duo processor, the Q35 Express chipset and the 82566DM gigabit network interface connector.

The chipmaker is expected to discuss new directions for its vPro platform, among other roadmap and product news, at the Intel Developers Forum in San Francisco, which begins Tuesday.

Lenovo also teamed up recently with Intel and software vendor LANDesk to build a software/hardware mix to take advantage of the vPro for Centrino platform. The three vendors have combined efforts on creating a mobile IT environment based on building the vPro for Centrino platform into the Lenovo ThinkPad T61 notebook, with integrated management via Lenovo's ThinkVantage technology and LANDesk's Management Solutions software.

"Intel is driving vPro. We build on top of those features. But we also work with the enterprise management consoles out there, like LANDesk, taking them and identifying the key areas where we can drive cost under the ownership models," said Stephen Balog, Lenovo's WW ThinkVantage Product Manager.

According to LANDesk Executive VP and General Manager Steve Daly, the remote, sub-OS system management made possible through the vPro platforms and a software solution is a necessary evolution in IT but can sometimes be a tough sell.

"The culture in IT is one where being the hero, the firefighter who swoops in to save the day at somebody's cubicle, reigns supreme. But the reality has changed for IT. Some companies might not be ready to go to full-blown service management, but the move to process orientation is an absolute must," Daly said.

Big IT operations like data centers are driving the shift away from reactive, break-fix system administration to process and service orientations, he said. Mid-market and SMB operations are likely to follow along in time.

"Data centers tend to have the process run books in place already. But the channel partners who go in with us on these data center sales usually wind up making desktop sales as well. With technology like vPro, it's a good opportunity for the VAR community to add services to software reselling," Daly said.