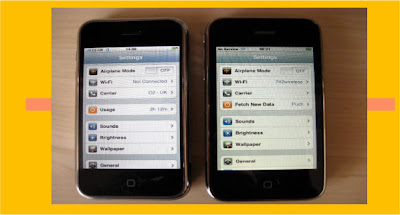 The upcoming market for 3g.
According to ""3G Market Forecast to 2010”, the latest research 3G technologies have spearheaded economical wireless broadband communications in both developed and emerging markets. These technologies are being rapidly deployed for fixed, portable and mobile uses. The factors that are encouraging the operators and countries to develop and deploy 3G includes high data speed, access to multimedia services, video conferencing, facilitation of mobility, corporate solutions and so on. The continuous enhancements in 3G technologies have given birth to advanced version like EV-DO Rev. A, HSDPA, and femtocells that provide outstanding capabilities, making 3G the preeminent choice.

There is wide scope of 3G markets in the developing countries with underdeveloped network infrastructure and low per capita income. These countries are continuously involved in their infrastructure development to reap the value of mobility.

The report provides extensive research on the global 3G market. It discusses the factors and trends that have led to its global deployment. It also provides an insight into the regional 3G market by technology and studies the key opportunity areas that have emerged due to the global take-up of 3G.

The report provides thorough analysis on various countries segmented into Key and Emerging markets, like Japan, Republic of Korea, the US, Germany, China, Brazil and India.

- The total number of 3G subscribers stood at around 614 Million at the end of 2007 and the number is forecasted to grow at a CAGR of 34% in near future.
- CDMA2000 and WCDMA market is forecasted to account for 43% of the total worldwide wireless market by 2010.
- CDMA2000 technology will continue to dominate the 3G subscriber base; however, the future growth in WCDMA subscriber base (at a CAGR of 50.7% during 2008-2010) is anticipated to surpass that of CDMA2000.
- Japan accounts for the major chunk of 3G subscribers running on both technology platforms - WCDMA and CDMA2000.
- Growing at a CAGR of over 27%, 3G market for mobile handsets will supersede 475 Million units (including HSDPA handsets).
- The growing 3G market is expected to fuel demand for 3G-based Mobile TV market with subscriber growth forecasted at a CAGR of nearly 48% by 2012.
- Introduction of femtocells is expected to result in mass adoption of 3G technology across the world.

- What is the current and future global 3G market scenario?
- What are the trends in 3G market with respect to subscribers, technology and geographic segmentation?
- How is the technological development driving the 3G market demand?
- Why are the 3G operators focusing on infrastructure sharing?
- Which is the region that will see the major 3G market deployments across the world?
- What will be the future market size of 3G handsets?
- How is the femtocell market associated with 3G?
- Which are the markets or vendors flourishing due to the rapid uptake of 3G in global market?