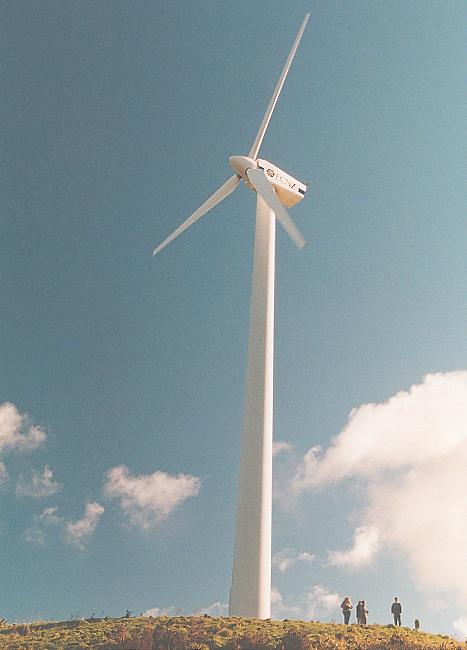 Getting out from under the thumb of foreign oil producers and saying goodbye to polluting power plants could be just a couple of scientific breakthroughs away.

Some of the brightest minds on the planet are working on solutions to the energy crisis, ranging from harnessing the power of the sea to recreating solar fusion in a doughnut-shaped tube.

But all of these new technologies have a common downside: They don't come cheap, at least not yet.

Since the dawn of the atomic age, scientists have dreamed of colliding hydrogen atoms to create energy.

Unlike nuclear fission, which carries the threat of deadly fallout, fusion is safe. It relies on water heated to 100 million degrees and a magnetic field.

"It has the most potential energy, the most energy available of any technology," says Tom Jarboe, a physics and aeronautics professor at the University of Washington. "Essentially, you could heat the earth with it if you wanted to."

The U.S. government has invested $1.2 billion in the ITER Project , an international research and development project that aims to demonstrate the scientific and technical feasibility of fusion power.

Participating in the project are the European Union, Japan, China, India, South Korea, Russia and the U.S.

Construction on a fusion plant is set to begin in 2008 and is expected to last eight years.

Another idea that's closer to reality is turning biomass into fuel.

Wood chips, corn stalks and food scraps all contain energy. Scientists at the Pacific Northwest National Laboratory are working on ways to use fungus to speed up the process of breaking down the biomass.

Researchers say there are 1.3 billion dry tons of biomass produced annually in the U.S., enough to fill up half the cars in America if it is converted to fuel.

But there are significant production hurdles.

"Our energy use is so large, this isn't something you can do in everyone's garage," says Jud Virden of the PNNL. "It needs to be scaled so it can fit into the nation's infrastructure, so there's quality of fuels and consistency."

Scientists are also looking to the skies, where NASA and Defense Department engineers are exploring the possibility that orbital platforms might one day beam solar energy back to earth.

The Pentagon's National Security Space Office (NSSO) wants to build a platform in geosynchronous orbit that would be larger than the International Space Station and capable of beaming 5 to 10 megawatts of power to a receiving station on the ground.

Other scientists are trying to capture wind power from the upper atmosphere. And back on Earth, scientists are working to harness the power of ocean tides.

Of all the alternatives to fossil fuels, tidal power is the closest to becoming a reality. Wave energy could be contributing to the power grid in five years, and by 2050 it could account for 10 percent of the nation's electricity.

As the sun sets on the cheap oil era, the need to focus on alternatives to fossil fuels has become increasingly apparent. During this period the public has been offered some persistent misconceptions about the nature of the problem, and what we should do to solve it. In general we tend to oversimplify the nature of the challenge we're facing, identifying it merely as the need to come up with new sources of fuel.

What's really going is much more profound than running out of gas-it's a crisis of sustainability, a test of our overall way of life. The consequences of the "limitless growth" model that's driven industrial economies for the last century is swiftly catching up with us. We're overproducing and overcomsuming ourselves into oblivion. Clinging to the old model can only result in a series of destructive resource wars and hasten the pace of catastrophic climate change. Throwaway culture is no longer a luxury we can afford. If we fail to break our old economic habits it will be "our world" that will be thrown out! That process is already underway, and gaining momentum.

Here is a quick checklist of popular misconceptions about the energy crisis:

The energy crisis is a separate problem unto itself. - It isn't! The energy crisis is bound up with larger questions about the sustainability of our prevailing growth model of economic activity. We need to recognize that our headlong consumption of fossil fuel is overheating the planet. If we want society to endure for the long term we need to question the cancerous logic of limitless growth, and learn to live within our means. This is especially true for the most prolific overconsumers on the planet: Americans!

The earth is running out of oil, and fossil fuel in general. - It's not! Huge reservoirs of fossil fuels exist, enough to meet current levels of demand for many decades to come. There are enormous reserves in the form of coal, tar sands, and methane hydrate deposits. What is coming to an end is the supply of cheap fossil fuel. We can get at the remaining reserves of fossil fuel, but doing so will be increasingly expensive and have unpleasant consequences.

Lack of fuel is the most pressing limit posed by this energy crisis. - Wrong! There is plenty of material to produce fuel from, if we're willing to pay the price. The most pressing limit we face concerning energy use is the amount of carbon we can dump into the atmosphere! Current economic activity is already helping to melt Greenland's ice pack. The process has been underway for years and is accelerating. As Greenland's ice goes, it will raise global sea levels by twenty feet. The homes of over half the human race will be inundated in the process. You do the math!

The problem can be fixed by finding more fuel to meet demand. - It can't! Part of the problem is we're consuming too much energy to maintain climatic stability. In the case of Americans the per capita rate of consumption is far too high. It makes no sense to try and sustain our way of life without asking ourselves if that way of life is sustainable to start with. The earth isn't going to adapt itself to our habits. Instead we need to adapt our habits to our home in space. We must ask ourselves hard questions about the kinds of activity we can reasonably expect to sustain over the long haul here on planet Earth.

The Hydrogen Economy will solve our problems. - It won't! Elemental hydrogen isn't a source of energy. Unlike oil it doesn't occur naturally but has be "manufactured" instead. In effect hydrogen is a form of energy storage, not a fuel source. It can't help us replace dwindling oil supplies.

Ethanol can be used to replace gasoline. - Not going to happen! Like hydrogen, ethanol isn't a fuel source, but a form of energy storage. Besides, don't we need the corn ethanol is made from to feed people? Can we morally justify starving people to produce fuel? Finally, the corporate agriculture which produces the corn ethanol is derived from is itself hugely dependent on fossil fuels.

Renewable energy can't solve the energy crisis. - This is one of two lies large corporations promote about renewable energy. The truth is that renewable energy can be most effectively pursued as a set of decentralized grassroots solutions by ordinary citizens. But that's a path which will break down the centralized control big energy and utility companies have over their customers. So while they pay lip service to renewable energy sources they package the concept as something complicated that needs further study, something that's beyond the reach of regular people. This leads us to lie number two. . .

Renewable energy solutions are large and complex. - Big corporations visualize energy solutions as large highly centralized projects because it mirrors their desire to maintain centralized economic control. So corporations tends to think of a solar solution as something that looks like this, or a wind solution that look like this. These kinds of projects are clearly too expensive for ordinary people to participate in. To the extent that we accept such ideas we'll be turned off to the notion of solving the energy crisis for ourselves, one household at a time. Of course this is exactly what big companies want.

What we need is the right fuel to replace gasoline. - This is another corporate friendly falsehood. The reason solutions like hydrogen and ethanol get a lot of attention in the press is that they maintain the current paradigm: energy needed to drive our cars can only be produced by large corporations using highly centralized production and distribution systems to deliver fuel. The problem is that the existing corporate system has been built on a "found object"-vast reservoirs of cheap oil pumped out of the ground at low cost. But unlike oil neither hydrogen nor ethanol is an energy source. You have to consume other energy sources to produce them. So it's very unlikely hydrogen or ethanol will ever drive the creation of another centralized system like the one cheap oil gave rise to. The real solution is to bypass fuel altogether, and go straight to electricity. Electricity is an ideal form of energy for transportation. This fact has been repeatedly demonstrated, most recently by a car produced by Tesla Motors. What they've produced isn't your Dad's electric car-it does zero to sixty in four seconds!