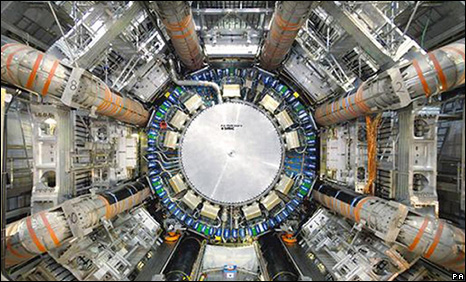 World’s most ambitious scientific project, the Large Hadron Collider, will take over six months and $21 million to repair, after a faulty electrical connection between the accelerator’s magnets on September 19 caused a helium leak that forced the particle accelerator to be shut down.

The incident took everyone by surprise, and following a detailed investigation, the conclusion was not as encouraging as the first assumptions made by CERN at the time. Not only were they unable to repair the particle accelerator by the end of the year, but the machine apparently won’t be functional until at least June.

The investigation results, made public in late October, revealed that a fault occurred in the electrical bus connection in the region between a dipole and a quadrupole, which resulted in mechanical damage and release of helium from the magnet cold mass into the tunnel.

However, there was no damage in neighboring interconnections, but the investigators did find contamination by soot-like dust which propagated in the beam pipes over some distance, as well as damage to the multilayer insulation blankets of the cryostats.

CERN spokesman James Gillies said in an interview with the Associated Press that the Collider is estimated to be restarted by the end of June or later. “If we can do it sooner, all well and good. But I think we can do it realistically in early summer.”

Despite these difficulties, the inauguration of the Large Hadron Collider took place in Geneva on October 21. “The younger generations target their ambitions on what they experience while growing up,” said Torsten Akesson, president of CERN Council. “Science and technology need flagships that stand and catch the eye, excite fantasy and fuel curiosity. The LHC is one such flagship.”

The European Center for Nuclear Research (CERN) is the world’s largest particle physics laboratory. The LHC accelerator is capable of producing beams seven times more energetic than any other similar machine, and the beams are expected to reach their maximum intensity (30 times greater) by 2010, when the machine will reach maximum design performance.

Physicists around the world will conduct several experiments, hoping to understand more about our Universe and the principles of physics. The particle accelerator will be used to recreate the conditions after the Big Bang.

more...
Repairing the Large Hadron Collider (LHC) near Geneva will cost almost £14m ($21m) and "realistically" take until at least next summer to start back up.

An electrical failure shut the £3.6bn ($6.6bn) machine down in September.

The European Organization for Nuclear Research (Cern) thought it would only be out of action until November but the damage was worse than expected.

It is hoped repairs will be completed by May or early June with the machine restarted at the end of June or later.

Cern spokesman James Gillies said: "If we can do it sooner, all well and good. But I think we can do it realistically (in) early summer."

The fault occurred just nine days after it was turned on with Cern blaming the shutdown on the failure of a single, badly soldered electrical connection in one of its super-cooled magnet sections.

The collider operates at temperatures colder than outer space for maximum efficiency and experts needed to gradually warm the damaged section to assess it.

"Now the sector is warm so they are able to go in and physically look at each of the interconnections," Mr Gillies told Associated Press.

The cost of the work will fall within the Cern's existing budget.

Dr Lyn Evans, the Welsh-born project director has called the collider "a discovery machine, the most sophisticated scientific instrument of our time."
Posted by SANJIDA AFROJ at 9:10 PM