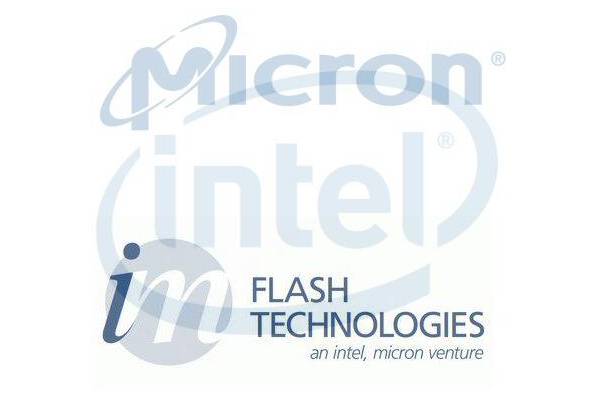 The chip is built with a manufacturing process that enables the companies to shrink chip components in order to get more memory in the same amount of space. The latest product can fit 4 GB of memory on a core and eight cores on a layer for a total of 64GB of memory on a two-layer stack within a package.

The technology fits into a standard 48-lead thin small-outline package (TSOP), which is a type of surface-mount integrated-circuit package found in MP3 players, mobile phones, and other devices where space is a premium.
"The tiny 34-nm, 32-GB chip enables our customers to easily increase their NAND storage capacity for a number of consumer and computing products," Brian Shirley, VP of Micron's memory group, said in a statement.

The latest chips are manufactured on 300-mm wafers and are smaller than the size of a thumbnail. The memory is targeted at makers of digital cameras, personal music players, and digital camcorders. In addition, the new technology can be used to increase the storage capacity of solid-state drives, the companies said.

The nanometer measurement describes the size of the smallest transistors and other parts that can be manufactured on a single chip. There are about three to six atoms in a nanometer, depending on the type of atom, and there are a billion nanometers in a meter.Chip makers such as Taiwan Semiconductor Manufacturing (TSMC) and Intel currently mass produce chips using technology as tiny as 40nm to 45nm. Generally, the more transistors on a chip and the closer they are together, the faster the chip can perform tasks.

Aside from performance, companies are working to make chips smaller and less expensive because people want ever-smaller, cheaper devices.

IM Flash is manufacturing 32G byte NAND chips the size of a thumbnail with its 34nm technology, and expects the chips to be used in small solid-state drives (SSDs) or flash memory cards aimed at products including digital cameras, digital camcorders and personal music players.

The 32G byte chips are multi-level cell (MLC) chips, which means they can handle more rewrites than the single level cell (SLC) variety of NAND flash.