Microsoft is the biggest operating system of worldwide computer user, From the beginnning this is the 7th operating sytem that is going to be presented to the world market ,Microsoft sticks with 'Windows 7' for next OS 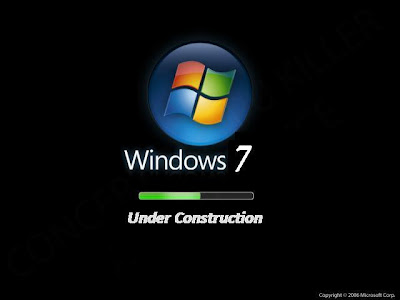 Redmond says the code name 'just makes sense' because it's the seventh Windows, but others differ on that version number.

Microsoft Corp. announced yesterday that the code name for its next operating system, Windows 7, will be the product's official name.
Mike Nash, vice president of Windows product management, said the company was sticking with the label for simplicity's sake. "Simply put, this is the seventh release of Windows, so therefore 'Windows 7' just makes sense," Nash wrote in Microsoft's Vista blog on Monday.
After noting that Microsoft has at times stuck a date on the OS -- Windows 2000 was the last -- Nash said that didn't make sense this time. "We do not ship new versions of Windows every year," Nash said. "Likewise, coming up with an all-new 'aspirational' name [like Windows XP] does not do justice to what we are trying to achieve, which is to stay firmly rooted in our aspirations for Windows Vista, while evolving and refining the substantial investments in platform technology in Vista into the next generation of Windows."
Some Windows watchers, however, questioned Nash's claim that Windows 7 would be the seventh iteration of the OS. The AeroXperience blog counted seven as of Windows Vista, and eight if the consumer-oriented Windows Millennium was included. However, only if kernel revisions are tallied, XP wasn't counted -- and Windows kernel was incremented to 7.0 for Windows 7 -- would that work, the blog argued.
According to the Windows timeline on Wikipedia, XP's kernel is tagged as 5.1, and Vista's as 6.0.
Microsoft's own version of its client operating system timeline ends with Windows XP, but assumes nine editions as of Vista: Windows 3.0, NT, Windows 95, NT Workstation, Windows 98, Millennium, Windows 2000, XP and Vista. By that timeline, Microsoft doesn't regard Windows 1.0, which it released in 1985, or Windows 2.0, launched in 1987, as "true" Windows.
More than two weeks ago, Microsoft had said it would issue an alpha version of Windows 7 to attendees of its Professional Developers Conference (PDC) and Windows Hardware Engineering Conference (WinHEC), which open Oct. 27 and Nov. 5, respectively. Today, Nash called that preview a "pre-beta developer-only release."
It's unusual for Microsoft to use an operating system code name as the official product moniker, and Nash ackowledged that fact. "I am pretty sure that this is a first for Windows," he said.
Operating system code names at Microsoft have ranged from "Chicago," which was the under-development name for what became Windows 95 and "Memphis" (Windows 98), to "Whistler" (Windows XP) and "Longhorn" (Windows Vista).
Microsoft has not pinned a ship date to Windows 7, but it has said it was shooting for three years after the release of Vista, which would mean it would be released late in 2009 or early in 2010.
Perhaps not coincidentally, Windows blogger Ed Bott wondered just last week whether Microsoft would keep the "7" tag for its next OS. Nearly half his readers who responded to an online poll gave the nod to "None of the above," but 20% voted for Windows 2010, 14% for Windows 2009 and 7% for Windows Vista R2.
Windows 7 received 15% of the votes in the poll
Posted by Unknown at 11:09 AM