The spirit of RAMADAN 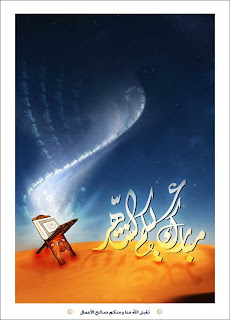 Muslims across the world are marking Ramadan, the holiest month of the Islamic year, with charity and outreach programs.

what should happen during Ramadan, a month-long exercise for Muslims to avoid misconduct.

During fasting month, I hope that we, Muslims, carry out introspection so that after Ramadan we will be able to stay away from any negative things and we can start our lives like a newly born baby -- free from sin.

We, , have learned many things in the last ten years in trying to strengthen our national character and fix our mistakes committed in the past.

This Ramadan, we, especially muslims as the majority, have to contemplate our behavior of previous years.

Have we understood thoroughly and implemented our Islamic teachings correctly, as written in the holy Koran and prophet Muhammad's guide?

These contain the spirit for helping and loving others without discrimination, hatred or dishonesty.

@I hope during the fasting month, Muslims can really change their bad ways to good, particularly in their behavior and attitudes.

In this holy month of Ramadan, Muslims, whoever they are and whatever they're doing, will be restructuring their entire life to become a better person.

It isn't just not eating and drinking, but also avoiding all causes that will break the fast such as bribery, smuggling, intimidation and other vices that ruin a person's life.

This should continue even after the month of Ramadan ends. This way we don't have to learn the hard way how to be a better person; we just do as our religion tells us and the results will be overwhelmingly good for this country.


@One main point of Ramadan is "honesty". By fasting a Muslim is urged to be honest to him/herself. A good Muslim will not break his/her fast although no one is watching him/her.

@What's the point in restraining yourself when you will be acting wrong the rest of the year?

@Ramadan is a time to serve and respect others instead of being served and respected by others. Happy fasting for Muslims.

The Council for American-Islamic Relations, the Washington-based advocacy and civil rights group, is urging Muslims to invite their non-Muslim neighbors to join them at an iftar— the evening meal when Muslims break their dawn-to-sunset fast during the 30-day holiday, which began Monday evening.

The idea, says spokesman Ibrahim Hooper, is to increase understanding of Islam by sharing the experience of Ramadan, when Islam's holy scripture, the Quran, was revealed. Observing the fast is one of the five pillars of the faith, along with submission to God, pilgrimage to Mecca, prayer and charity.


ON THE WEB: How Islamic Relief spends its money

Many Muslims make charitable gifts during the month of Ramadan, and service projects are also popular. This year, hundreds of Muslims around the nation will serve the hungry and homeless at Day of Dignity events in 18 U.S. cities. The events are coordinated by Islamic Relief USA, based in Buena Park, Calif.

Their goal for the events, which start Saturday in Las Vegas and Seattle, is to offer food and winter supplies to 25,000 people, up from 20,000 last year, says spokesman Mostafa Mahboob.

In Seattle, organizer Aziz Junejo says organizers expect to serve meals and distribute supplies such as ponchos, blankets, socks and hygiene kits to 1,000 people at a downtown day-labor center. The event is underwritten by personal donations and 20 area mosques.

"We want to show people respect, not just give them handouts. We take time to talk with them and hear their stories," Junejo says.
Posted by hybrid at 3:40 PM