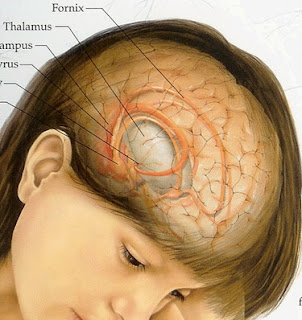 Brain protein holds key to fertility
Scientists have discovered the crucial ovulation-triggering role played by a small protein molecule in the brain, a finding that could hold the key to new therapies for infertility.

Dubbed kisspeptin, the protein is known to play a vital role in kick-starting puberty.

Now, a group from the University of Otago led by Professor Allan Herbison, in collaboration with Cambridge University researchers, has published the first evidence that kisspeptin signaling in the brain is also essential for ovulation to occur in adults.

Studying female mice, the researchers found that signaling between kisspeptin and its cell receptor GPR54 was essential to activate gonadotrophin-releasing hormone (GnRH) neurons, the nerve cells known to initiate ovulation.

The research appears in the latest issue of the Journal of Neuroscience.

"This is an exciting finding, as people have been trying to find out precisely how the brain controls ovulation for more than 30 years. This work now reveals a crucial link in the brain circuitry responsible," Herbison said in a statement.

The study indicates that disorders affecting the signaling between kisspeptin and the GPR54 receptors will result in women being unable to ovulate.

As an approach to treating infertility in some women, it could allow for ovulation to be induced in a more natural way than current therapies, the research added.

"Targeting drugs to this chemical switch to make it work properly may help some people who are infertile, while finding compounds that can block this switch could lead to new contraceptives," Herbison added.

"Our findings show that kisspeptin may be a promising area to focus future research efforts aimed at either enhancing or regulating human fertility."

Herbison says his research group is now investigating what role kisspeptin-GPR54 signaling might play in the male reproductive system.

As for the protein's name "kisspeptin," the researchers say it is completely unrelated to its association with reproduction.

"The researchers who originally discovered the gene that codes for kisspeptin had no idea that it had a role in fertility -- it was named in honor of Hershey Kisses, as Hershey was the town in the United States where the scientists were based."
Posted by SANJIDA AFROJ at 10:02 PM