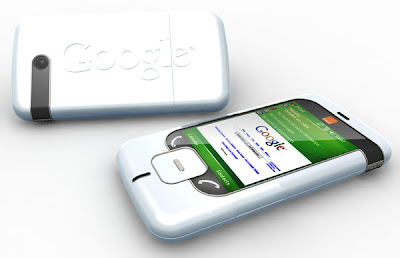 The dream comes true through the announcement, 'We're releasing a beta SDK. You can read about the new Android 0.9 SDK beta at the Android Developers' Site, or if you want to get straight to the bits, you can visit the download page.' A new Development Roadmap has also been released to help developers understand the direction the software is taking (as this is still only a Beta release). In addition, the FCC has approved the HTC Dream, and it is believed Google and T-Mobile will launch the phone in the US on November 10, since a confidentiality request attached to the application asks the FCC to keep details secret until that date.

Last week, we told you that Taiwan-based HTC, one of the largest mobile device makers in the world, was readying the first smart phone to use Google’s Android operating system.
Well, on Monday the Federal Communications Commission approved the device for use in the United States.
The F.C.C. posted certification documentation on its Web site. The documents confirm is the name of the new phone: Dream. Most important, though: with the smartphone’s certification behind it, it is possible for T-Mobile, the nation’s No. 4 wireless carrier, to go ahead with plans to debut the phone next month and begin selling it ahead of the Christmas shopping season.
The new phone is an important step in Google’s plans to expand the company’s presence beyond the personal computer and into the mobile universe. Google executives have been vocal about how the mobile Web is key to the company’s plans for growth, as well as expanding the market for its products to a global audience.
Posted by Unknown at 3:28 PM