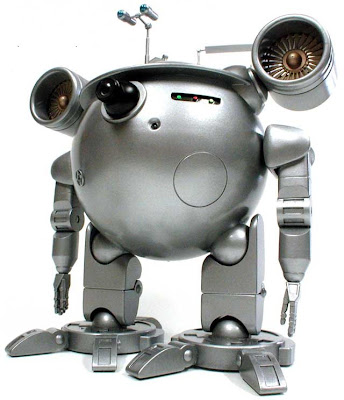 Intel says so . Lets see the ground :
Wires have no place in Intel's vision of the future. The company on Thursday showed off developments in wire-free power transmission using a Wireless Resonant Energy Link -- technology that transmits power without cords. It also shared its vision of coming decades full of robots, rapidly accelerating technology, and morphing gadgets that are whatever you want them to be.

Intel (Nasdaq: INTC) outlined an ambitious vision of future technologies Thursday at this year's Intel Developer Forum held in San Francisco. In his keynote address Justin Rattner, Intel's chief technology officer, spoke about and demonstrated several technologies he said would be part of an evolution that closes the gap between humans and machines by 2050.

Key concepts demoed during Rattner's talk included a wireless power source for recharging devices, shape-shifting devices made with so-called programmable matter, and personal robot prototypes that could one day lead to more human-like versions of the machines.

"The industry has taken much greater strides than anyone ever imagined 40 years ago. There is speculation that we may be approaching an inflection point where the rate of technology advancements is accelerating at an exponential rate, and machines could even overtake humans in their ability to reason, in the not-so-distant future," Rattner said.


Cutting the Cord
Perhaps the most practical of the concept products Intel debuted yesterday, the Tesla-esque Wireless Resonant Energy Link (WREL) could enable users to recharge their laptops or mobile handsets simply by being in proximity of a transmitter.

WREL is based on technology developed by a team of researchers including Marin Soljacic, assistant professor of physics, and Andre Kurs, a graduate student, at the Massachusetts Institute of Technology .

The technology consists of a source antenna and a device antenna, according to Kurs. "A special-purpose circuit takes power from a regular wall outlet and uses that to excite electric currents in the source antenna. Those currents generate electromagnetic fields and the device antenna captures some of the power contained in them and feeds it to the gadget that one is interested in powering," he explained.

"In order for this scheme to be efficient when the source and device are separated by some distance, it's necessary that both antennas be resonant at the same frequency and that they be carefully designed so that, roughly speaking, they transfer power among themselves faster than they dissipate it," Kurs told TechNewsWorld.

Building on that foundation, researchers at Intel's Seattle lab have refined the technology to use a form of magnetic resonance fields -- a safe form of power transfer -- to power devices, said Alanson Sample, an Intel researcher.

Intel's version of the technology consists of two parts. On one side is a transmitter, comprised of a dry loop and resonator with a coil and transmits energy. On the other side is a receive resonator and pickup loop, through which the device acquires the energy, said Sample.

While researchers are still looking at form factors, usage models and extending the technology's range, no plans have been made to bring the technology to market, Sample told TechNewsWorld.

Sample envisions a product built into a smart workspace, where users could automatically recharge devices such as a laptop and a smartphone.

However, WERL could be suitable to power household appliances such as refrigerators, lamps and televisions, Kurs said. However, "I think portable devices would get a larger boost in convenience from wireless power," he added.

The Futurescape
Intel researchers are also looking at the uses of programmable matter, or "catoms" -- micro-robots that can be used to build shape-shifting devices. Developed by research at Carnegie Mellon University, catoms, short for "claytronics atoms," were are designed to form large-scale machines and mechanisms. They can be programmed from many different devices.

For instance, millions of the ultra-tiny machines could be used to build a mobile computer small enough to fit in a pocket that morphs into a laptop with a keyboard and display or into an earpiece for use as a mobile phone.

The company is also researching a silicon technology that will extend Moore's Law for another 10 years or more. Researchers are investigating how to move beyond planar transistors to 3-D transistors, and they're exploring compound semiconductors as a way to replace silicon in the transistor channel.

The chipmaker also showed off two robot prototypes. Using a robotic hand, Rattner demonstrated the company's electric field pre-touch technology. Modeled after the sensing modality of fish that enables them to "feel" objects before they touch them, the technology gives robots the sense of touch.

The second robot demonstrated technology that enabled it to recognize faces as well as interpret and execute generic commands with state-of-the-art motion planning, manipulations, perception and artificial intelligence
Posted by Unknown at 11:18 AM