Robots in INDIAN : The international finals of Robocon 2008. 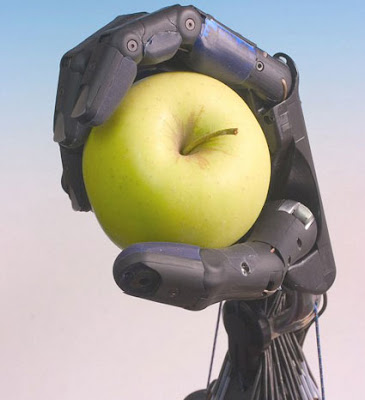 In Upcoming times the robotic role of our all possibility making curious- furious, whatever ,
Beginning today, the city will play host to the international finals of Robocon 2008. To be held at the Maharashtra Institute of Technology (MIT) campus, the competition will see robotic Govindas recreating the traditional dahi-handi scene, and will be attended by 17 teams from 16 countries. Initiated by the Asia Pacific Broadcasting Union (ABU), Robocon is a prestigious international event for engineering students, which involves participants designing robots that can perform tasks based on a given theme. The theme of this year's finals is the dahi-handi , which would require participants to build robots that can 'steal' the butter hanging from 3 different pots. Performing a 'robot pyramid ' symbolises team work. Each participating team will field robots that will perform the task of lifting each other to reach the handi. The first team to remove three cubes of butter will be declared winner. The competition has been organised in different countries for the last eight years. The organisers emphasise that the theme reflect the culture and tradition of the host country, at the same time not very complicated to understand for the other participating countries. It's the first time that India will host the finals. ABU deputy secretary, Nomuru Minami, who visited Pune to oversee the arrangements, said, "The theme of making human pyramids is interesting and not too difficult for the foreign teams to understand ." The competition will see participation by different countries from Japan to Egypt. The team representing each country is the national-level winner of Robocon in that country. India will be represented by Nirma Institute of Technology , Ahmedabad and MIT, Pune. The purpose of conducting this mega inter-collegiate competition is to motivate students to design and develop robots themselves . Robot-design needs multidisciplinary skills in the fields of mechanical, electrical and computer engineering. While promoting teamwork, it also seeks to promote innovation among the young engineers. Over 500 foreign academicians and delegates, along with a number of national academicians and other students, will visit the city during the competition. Those who cannot be present at the venue can catch all the action live on Doordarshan sports. Prasar Bharati CEO, B.S. Lalli , said, "As a mandate of a public broadcaster, it is our endeavour to provide a platform for the youth to showcase their abilities and compete internationally."
Posted by Unknown at 12:42 PM