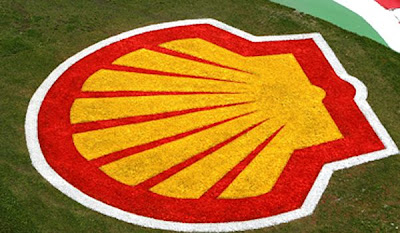 Royal Dutch Shell is stepping up investment in research into “second generation” biofuels, putting more money into its joint venture with Iogen, a Canadian biotech company, in spite of having made only slow progress so far.

Shell is raising its holding in the Iogen Energy joint venture to 50 per cent from 26.3 per cent and is making what it called a “significant” additional investment in the venture’s development programme.


Iogen is a specialist in the attempt to develop commercial production of cellulosic ethanol.

That is road fuel made not from food crops such as corn and sugar, as with conventional ethanol, but from plant waste such as straw.

Shell has been the strongest supporter among the big oil companies of the push for second generation biofuels such as cellulosic ethanol, which are expected to provide benefits over existing commercial biofuels in terms of their effects on greenhouse gas emissions and food prices.

However, no company has yet managed to deliver full-scale commercial production of cellulosic ethanol. Shell has had a stake in Iogen Energy since 2002, and in April 2004 said the company was “successfully producing the world’s first cellulose ethanol fuel available for commercial use” at its demonstration plant.

More than four years later Shell is still considering whether to go ahead with a commercial plant, which would produce 90m litres of ethanol a year compared with 2.5m litres at the demonstration plant.

The company, however, insists it is making progress and has identified a possible site for the plant in Saskatchewan in central Canada.

Graeme Sweeney, Shell’s head of future fuels, said the investment in Iogen Energy was “a strong statement that Shell is committed to accelerating the development of cellulosic ethanol in collaboration with Iogen”.

Shell has several other projects working on biofuels, including plans to create diesel fuel from wood chips and to extract oil from algae.

Biofuel technologies are able to manufacture biofuels from biomass. Biomass is a wide-ranging term meaning any source of organic carbon that is renewed rapidly as part of the carbon cycle. Biomass is all derived from plant materials but can include animal materials.

Second generation biofuels can help solve these problems and can supply a larger proportion of our fuel supply sustainably, affordably, and with greater environmental benefits.

First generation bioethanol is produced by fermenting plant-derived sugars to ethanol, using a similar process to that used in beer and wine-making. This requires the use of 'food' crops such as sugar cane, corn, wheat, and sugar beet. These crops are required for food, so if too much biofuel is made from them, food prices could rise and shortages might be experienced in some countries. Corn, wheat and sugar beet also require high agricultural inputs in the form of fertilizers, which limit the greenhouse gas reductions that can be achieved.

The goal of second generation biofuel processes is to extend the amount of biofuel that can be produced sustainably by using biomass comprised of the residual non-food parts of current crops, such as stems, leaves and husks that are left behind once the food crop has been extracted, as well as other crops that are not used for food purposes, such as switch grass and cereals that bear little grain, and also industry waste such as wood chips, skins and pulp from fruit pressing etc.

The problem that second generation biofuel processes are addressing is to extract useful feedstocks from this woody or fibrous biomass, where the useful sugars are locked in by lignin and cellulose. All plants contain cellulose and lignin. These are complex carbohydrates (molecules based on sugar). Lignocellulosic ethanol is made by freeing the sugar molecules from cellulose using enzymes, steam heating, or other pre-treatments. These sugars can then be fermented to produce ethanol in the same way as first generation bioethanol production. The by-product of this process is lignin. Lignin can be burned as a carbon neutral fuel to produce heat and power for the processing plant and possibly for surrounding homes and businesses.

In the future, there might be bio-synthetic liquid fuel available. It can be produced by the Fischer-Tropsch process, also called Biomass-To-Liquids (BTL).[3]

The following second generation biofuels are under development:

Biohydrogen. Biohydrogen is the same as hydrogen except it is produced from a biomass feedstock. This is done using gasification of the biomass and then reforming the methane produced, or alternatively, this might be accomplished with some organisms that produce hydrogen directly under certain conditions. BioHydrogen can be used in fuel cells to produce electricity.
Bio-DME. Bio-DME, Fischer-Tropsch, BioHydrogen diesel, Biomethanol and Mixed Alcohols all use syngas for production. This syngas is produced by gasification of biomass, however, it can be produced much easier from coal or natural gas, which is done on very large scales in power plants and in gas-to-liquid processes.[citation needed] HTU (High Temperature Upgrading) diesel is produced from particularly wet biomass stocks using high temperature and pressure to produce an oil.is the same as DME but is produced from a bio-sources. Bio-DME can be produced from Biomethanol using catalytic dehydration or it can be produced from syngas using DME synthesis. DME can be used in the compression ignition engine.
Biomethanol. Biomethanol is the same as methanol but it is produced from biomass. Biomethanol can be blended with petrol up to 10-20% without any infrastructure changes.[4]
DMF. Recent advances in producing DMF from fructose and glucose using catalytic biomass-to-liquid process have increased its attractiveness.
HTU diesel. HTU diesel is produced from wet biomass. It can be mixed with fossil diesel in any percentage without need for infrastructure.[5]
Fischer-Tropsch diesel. (FT) diesel is produced using the Fischer-Tropsch gas-to-liquids technology. FT diesel can be mixed with fossil diesel at any percentage without need for infrastructure change.
Mixed Alcohols (i.e., mixture of mostly ethanol, propanol and butanol, with some pentanol, hexanol, heptanol and octanol). Mixed alcohols are produced from syngas with catalysts similar to those used for methanol. Most R&D in this area is concentrated in producing mostly ethanol. However, some fuels are marketed as mixed alcohols (see Ecalene).[6][7] Mixed alcohols are superior to pure methanol or ethanol, in that the higher alcohols have higher energy content. Also, when blending, the higher alcohols increase compatibility of gasoline and ethanol, which increases water tolerance and decreases evaporative emissions. In addition, higher alcohols have also lower heat of vaporization than ethanol, which is important for cold starts. (For another method for producing mixed alcohols from biomass see bioconversion of biomass to mixed alcohol fuels)
Wood diesel A new biofuel was developed by the University of Georgia from wood chips. The oil is extracted and then added to unmodified diesel engines. Either new plants are used or planted to replace the old plants. The charcoal byproduct is put back into the soil as a fertilizer. According to the director Tom Adams since carbon is put back into the soil, this biofuel can actually be carbon negative not just carbon neutral. Carbon negative decreases carbon dioxide in the air reversing the greenhouse effect not just reducing it.
On the other hand, Biodiesel from non-food crops that can be grown on marginal land (as Jatropha) are considered second generation biofuels and are nowadays available in mass production
Posted by Unknown at 3:37 AM