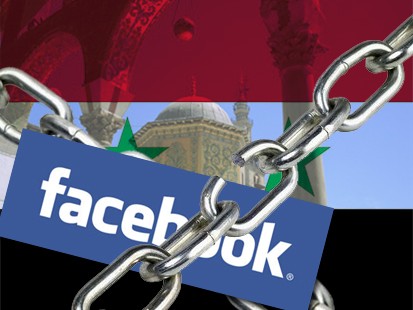 Syria Blocks Access to Facebook.
Syrian authorities have blocked Facebook, the popular Internet hangout, over what seems to be fears of Israeli "infiltration" of Syrian social networks on the Net, according to residents and media reports.

Residents of Damascus said that they have not been able to enter Facebook for more than two weeks. An Associated Press reporter got a blank page when he tried to open Facebook's home page Friday from the Syrian capital.

Syrian officials were not available for comment Friday because of the Muslim weekend, but some reports have suggested that the ban was intended to prevent Israeli users from infiltrating Syrian social networks.

Lebanon's daily As-Safir reported that Facebook was blocked on Nov. 18. It said the authorities took the step because Israelis have been entering Syria-based groups.

Former President Hafez Assad's death in 2000 after three decades of authoritarian rule raised hopes of a freer society under his British-educated son and successor.

But the younger Assad cracked down on political opponents and human rights activists, putting many of them in jail.
Posted by SANJIDA AFROJ at 6:28 PM