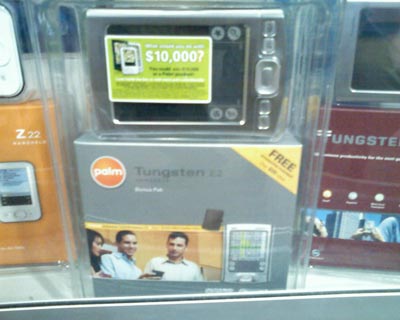 Gordon Brothers Group is discussing with different parties the sale of stores in key retail markets and CompUSA's other assets, including the Internet retail unit CompUSA.com and technical-support-services business CompUSA TechPro.

The retail stores that don't sell will be shut down, CompUSA said in a statement. The 103 stores will remain open during the holiday shopping season and provide heavy discounts on products.

In February, CompUSA said it would shut 126 stores as part of a massive restructuring effort in which it received a $400 million cash infusion from an unnamed investor.

Carlos Slim Helu, the chairman of Grupo Carso, which holds a majority stake in US Commercial Corp. SA de CV, was looking to sell his share in CompUSA with the retailer struggling, according to the Wall Street Journal. The company approached rivals Circuit City Stores, Micro Electronics and Systemax to take over the store and its operations, but no deal was struck, the Journal said.

Slim Helu, who also operates retail businesses in Latin America, poured about $2 billion into CompUSA since 1999, the Journal said. Slim Helu also held a 9.2 percent stake in Circuit City, but sold off his share after an unsolicited bid to acquire the company was rejected by a Circuit City board.
Posted by SANJIDA AFROJ at 6:52 PM