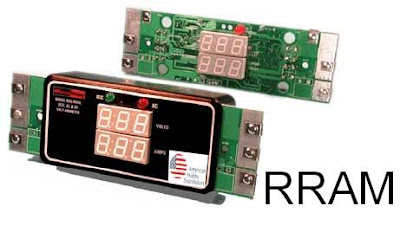 Non stop access of memory.......the accelator of data processing is coming more easy and utility level.
As electronics designers cram more and more components onto each chip, current technologies for making random-access memory (RAM) are running out of room. European researchers have a strong position in a new technology known as resistive RAM (RRAM) that could soon be replacing flash RAM in USB drives and other portable gadgets.

On the ‘semiconductor road map’ setting out the future of the microchip industry, current memory technologies are nearing the end of the road. Future computers and electronic gadgets will need memory chips that are smaller, faster and cheaper than those of today –and that means going back to basics.

Today’s random-access memory (RAM) falls mainly into three classes: static RAM (SRAM), dynamic RAM (DRAM), and flash memory. Each has its advantages and drawbacks; flash, for instance, is the only one to retain data when the power is switched off, but is slower.

According to Professor Paul Heremans of the University of Leuven in Belgium, circuit designers looking for the best performance often have to combine several memory types on the same chip. This adds complexity and cost.

A more serious issue is scalability. As designers pack more components onto each chip, the width of the smallest features is shrinking, from 130 nanometers (nm) in 2000 to 45 nm today. Existing memory technologies are good for several more generations, Heremans says, but are unlikely to make the transition to 22 nm (scheduled for 2011) or 16 nm (2018).

So we need new memory technologies that can be made smaller than those of today, as well as preferably being faster, power saving and non-volatile. The runners in the global memory technology race form a veritable alphabet soup of acronyms including MRAM, RRAM, FeRAM, Z-RAM, SONOS, and nano-RAM.

Early in 2004, Heremans became the coordinator of an EU-supported project that included two of Europe’s biggest semiconductor manufacturers: STMicroelectronics of Italy and Philips of the Netherlands. Heremans’ own institution, IMEC, is a leading independent research centre in microelectronics and nanotechnology. The Polish Academy of Sciences was the fourth partner in the project.

The Nosce Memorias (Latin for ‘Know your memories’) project started out to develop a universal memory that was fast, non-volatile, and flexible enough to replace several existing types. It had to be compatible with CMOS, the current standard chip manufacturing technology, and scalable for several generations below 45 nm.

As the research progressed it became clear that a universal memory would require too many compromises, notes Heremans. Instead, the team targeted a non-volatile memory that would have better performance and scalability than current flash technology.

Flash memory, used for USB ‘key-ring’ drives and digital cameras, can store data for years using transistors to retain electric charge. The technology can be scaled down for several more generations, Heremans says, but sooner or later it will reach a limit. Flash memory is also slow to read and needs high voltages to operate.

The hopes of Nosce Memorias rested on a technology known as resistive RAM (RRAM). Instead of storing information in transistors (flash memory) or capacitors (DRAM), RRAM relies on the ability to alter the electrical resistance of certain materials by applying an external voltage or current. RRAM is non-volatile, and its simple structure is ideal for future generations of CMOS chips.

The project looked at three types of RRAM. The first, known as a ferroelectric Schottky diode, was abandoned when the researchers realised they were unlikely to be able to create starting materials with the required properties.

The second technology studied was a metal-organic charge-transfer material called CuTCNQ. Although CuTCNQ has been known for around 20 years, its precise mode of operation was unclear, Heremans says. The team learned a lot about how this material works, developed new ways of preparing it, and succeeded in creating the smallest organic memory cells ever made, at 100 nm across.

Lastly, the team looked at RRAM based on organic semiconductors. Because this work did not start until halfway through the project, the results did not reach the same level as those for CuTCNQ, but significant progress was made.

When Nosce Memorias ended in March 2007, plenty of work remained to be done to create a workable RRAM.

The challenge was taken up by EMMA (Emerging Materials for Mass-storage Architectures), another EU-supported project that runs until September 2009. Like Nosce Memorias, EMMA is coordinated by IMEC and has STMicroelectronics as a member, though the other partners are different.

EMMA is working on the CuTCNQ developed by Nosce Memorias, as well as on metal oxides. For CuTCNQ, Heremans explains, the goals are to make the material more durable through better control of the switching mechanism, now that this is understood.

Extended working life is also important for the polymer semiconductors pioneered by Nosce Memorias. Low-cost polymer memory could be important in RFID tags (also called ORFID) for the remote identification of goods, equipment and people.
Posted by Md Moshiur Rahman at 11:38 PM