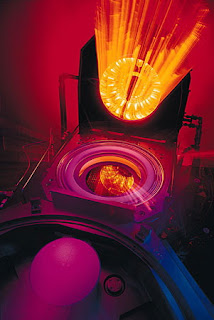 Google, AT&T, and Apple lead the pack when it comes to generating the most profits for shareholders
Three of last year's fastest-growing tech companies are back at the top in 2007. Google (GOOG), AT&T (T), and Apple (AAPL) took the highest spots in a list that ranks companies by a combination of share performance, sales and profit growth, and return on equity, a measure of the company's ability to generate profit on behalf of its shareholders. Performance is measured in the 12 months through Nov. 15, 2007.

Google does a better job than rivals such as Yahoo (YHOO) in wringing profits from online advertising, while AT&T is reaping the benefits from a flurry of acquisitions, including the 2006 purchase of BellSouth. Apple keeps on tapping demand for its iPod digital music player and in June introduced a music-playing cell phone called the iPhone.

Four of the 10 best finishers are makers of computer chips or the materials that go into semiconductors, a reflection of ongoing robust demand for electronic devices even as the housing slump and credit crunch damped consumer sentiment in the second half.
Posted by Md Moshiur Rahman at 9:27 AM