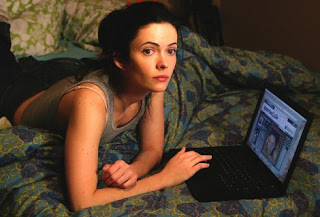 MySpace still has a few cards up its sleeve -- including the connections it has to some of the top names in traditional media, thanks to its parent company, media and entertainment giant News Corp.

The social-networking site announced today that it has signed an exclusive deal with Ed Zwick and Marshall Herskovitz, the Hollywood duo that produced such hit TV shows as Thirtysomething and My So-Called Life, for the rights to a new Internet drama the pair are working on, called Quarterlife.

Episodes -- or webisodes -- of the show, which follows a group of twentysomethings through the eyes of one young girl with a video-blog, will appear first on MySpaceTV, and then on the Quarterlife.com website.

Jeff Berman, the general manager of MySpaceTV, said in an interview that the show was a "landmark moment" for MySpace, and that it would be "the highest-quality serialized content ever to appear on the Internet. We're talking about the same production values as 24 or Prison Break."

There have been a number of episodic TV-style shows created for the Internet, including the popular Lonelygirl15 show, which was developed by a trio of unknowns and also appears on MySpaceTV. More recently, former Walt Disney CEO Michael Eisner's company created a show called Prom Queen, which aired on MySpaceTV and drew a large following.

Entertainment websites have been speculating for several months about a possible Internet offering from Mr. Zwick and Mr. Herskovitz, after a number of reports leaked out about TV writers and production staff working on something called Quarterlife. The Hollywood duo had a traditional TV show of the same name that ran briefly in 2005.

"We've been talking to [Zwick and Herskovitz] for the past several weeks, and we're delighted to be able to announce this," Mr. Berman said. The first "webisode" will be posted on MySpaceTV on November 11, he said.

Under the terms of the deal, the social-networking site has a 24-hour window during which the webisode will only be available on MySpaceTV. After that, it will appear on Quarterlife.com. Both sites will have interactive features, Mr. Berman said, but on MySpace viewers will be able to interact with the cast through their MySpace pages.

MySpace users and bloggers on other sites will also be able to "embed" the webisodes in their pages by pasting in a small chunk of code, as they can with video clips on other sites such as YouTube, Blip.tv and DailyMotion.

When asked whether the new show would have a mobile component involving cellphones, Mr. Berman said "stay tuned." He also said that MySpaceTV was working on several other projects with content creators in the entertainment community.

According to Mr. Berman, more than 50 million users stream video each month from their MySpace webpages, and the social-networking site as a whole produces 500 million individual video streams

Faced with Facebook's exponential growth, MySpace hopes to keep its users onside with what it says is the first network-quality television series produced directly for the internet.

MySpace Australia spokesman Darain Faraz said the deal was just the first of many shows it planned to offer through MySpace TV, which up until now has consisted mainly of user-submitted clips.

He said within the next few weeks the site would announce a number of "local content sharing deals" with Australian content providers.

"We are on the verge of announcing some fairly huge stuff," he said.

But where Facebook's expansion is now being driven by third-party applications, which have rapidly expanded the functionality of the site, MySpace is looking to hold on to its users through new features such as MySpace TV and Instant Messenger.

Quarterlife, which will premier in seven languages on MySpace's global sites on November 11, delves into the lives of six people in their 20s and charts their "coming of age as a part of the digital generation".

The show was unashamedly written to appeal to today's tech-savvy youth - the central character, a young woman named Dylan, is a blogger whose video diary divulges a few too many of her friends' closest secrets.

It purports to be a "truthful depiction of the way young people speak, work, think, love, argue and express themselves".

To that end, Herskovitz and Zwick - the force behind My So-Called Life, thirtysomething, Legends of the Fall and Blood Diamond - will invite their audience to participate in the ongoing development of the series "through writing and video submissions".

There will be 36 episodes in total and the producers plan to create a mini social network around the show through a website, quarterlife.com. It will also have its own profile page on MySpace, which MySpace says will include bonus content such as character profiles, behind-the-scenes video footage and storyline secrets.

Herskovitz and Zwick said the fact Quarterlife was an independent project meant they had full "creative autonomy", which isn't always possible when producing shows for traditional TV networks.

"For better or worse, Quarterlife is truly our own vision," Herskovitz said.

The Quarterlife concept was originally conceived three years ago as a TV pilot called "¼ life", developed for the US network ABC. The project was axed due to "creative differences" between the producers and ABC, after which the script was completely rewritten for an internet audience.

"When Emmy award-winning producers come to MySpace TV - you know this is reaching a whole new level," Myspace CEO Chris DeWolfe said in a statement.

In the US, MySpace has already dabbled extensively in digital broadcasting, securing the rights to a number of smaller series and short clips including the web series Prom Queen, a teen-oriented serial drama made by a US studio owned by former Disney boss Michael Eisner.