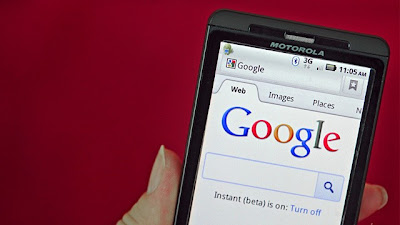 Google has been pushing hard to work its way into the enterprise, but it remains to be seen whether that effort will be aided by this week's acquisition of Motorola Mobility, analysts say.

Google Monday announced that it had agreed to buy the smartphone manufacturer, which was spun out of Motorola Inc. in January, for $12.5 billion. Since then, industry observers have been mulling over whether the deal can provide a significant boost to Google's ongoing effort to become a formidable enterprise alternative to rival Microsoft.
Motorola has had its moments in the cellphone business, long before Google's announcement that it was buying Motorola Mobility. In 1983, it was Motorola that marketed the first cellphone in the United States, and from 2003 to 2007, its Razr was by far the best-selling cellphone of all time.

Then came Apple's iPhone, and Motorola has struggled ever since to keep up. Its one success -- not a lasting one, but a success -- was the Droid, a smartphone that ran on Google's Android software


Seth Harris, managing director of Cook Associates, a consulting company that focuses on merger and acquisition services, said the move should help Google as consumers using Motorola Mobility's popular Droid smartphone and other devices are likely to push their employers to support them for business use.

"The consumer now is in a unique position to influence, through their buying behavior, what kinds of platforms and standards their companies need to support," Harris told Computerworld. "Android is a hugely popular operating system. A Google phone with a Google operating system could be quite appealing. Any enterprise now is going to be forced to integrate those platforms into their enterprise for their knowledge workers."

And owning the handset hardware, as well as the operating system, is a powerful combination that should further drive Android adoption, he added.

"I think Google's acquisition here is pretty important because they're getting a respected handset manufacturer," said Harris. "They have the hardware system and the operating system and this combination has worked beautifully for Apple."

Dan Olds, an analyst with The Gabriel Consulting Group, agrees the Google-Motorola Mobility combination will prove popular with consumers, but added that it's likely to take a while for it to affect its enterprise business.

"While there might be some way that this purchase links into a Google master plan to dominate the enterprise, I'm just not seeing it now," said Olds. "To me, the major push behind the purchase of Motorola is consumer-based, with mobility and set-top box type devices and using the large Motorola patent holdings as both an offensive and defensive weapon."

Rob Enderle, an analyst with the Enderle Group, agreed that the move probably won't immediately boost Google's enterprise business, but added that the search giant can be expected to make additional acquisitions of mobile technologies.

He noted that some observers are keeping an eye out for Google to move to buy Research in Motion (RIM), maker of the BlackBerry smartphone that has long been a staple of the corporate world.

"[The Motorola Mobility purchase] likely doesn't help them that much, which is why some of us are suggesting they may try to buy RIM next," said Enderle. "RIM has the enterprise connections they really want. The enterprise is very hard to penetrate -- it isn't a product problem, it is a trust/risk mitigation problem. They have to mitigate that to succeed there."

The analysts generally agreed that Google will work hard to weave its various offerings -- such as its search engine, Google Maps, Google Docs and Android -- into one cohesive unit.

"They're in a wonderful position to tie it all together," said Harris. "There's a lot being said about how the PC might finally be dead and the utility of how we work, how we buy things, how we bank is being pushed down into a single mobile device."

Harris noted that tying all of Google's offerings together with popular Motorola Mobility hardware would let people get work done wherever they are without having to lug a laptop around.

"Google has got the content, the hardware and the software to enable the enterprise to offer a stable platform for all of those workforce needs," said Harris. "All of the chess pieces are being moved around the board right now."

Mulberry bags is so popular that many fashion girls are crazily fascinated with Mulberry bags. British beauty and beauty of U.S. are different in style. The key point is that British beauty is with white skin,Mulberry Outlet and American beauty is a lot with sunburn skin.

Nice Blog Post Thanks for sharing this.
The best part of this device is that you can get customer support service on phone.