Need to know when buying a Tablet Computers 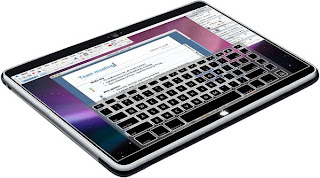 Need to know when buying a Tablet Computers


this year. After Apple broke open the tablet market with the iPad in early 2010, nearly every major manufacturer announced its own plans to make a flat, keyboard-less wonder.

That’s not surprising, since tablets have much to recommend them.

Thinner and lighter than a netbook, tablets easily pack into a small bag or purse. They offer super-simple browsing and e-mail reading capabilities. While they lack keyboards, they’re easier to type on than a tiny smartphone. And they can stream audio and video, making them excellent portable media devices.

However, navigating the tablet market can be tricky. The difficulty of making a usable, well-built tablet with long battery life is illustrated by the many months it took manufacturers to come up with credible alternatives to the iPad.

And while the iPad still leads the market by a mile, there are now options if you want to get a device that wasn’t conceived in One Infinite Loop.

If you’re shopping for one of these portables, here’s a quick rundown of buying decisions and features you should consider before pulling the trigger.

Screen
Screen is, arguably, the most important factor in your purchasing decision. In general, you’ll probably be more comfortable typing and tapping on a larger screen — even a half-inch bigger can make a significant difference. However, some users might want their tablets to be more portable, and a big screen adds more weight and bulk. Dell’s Streak comes in on the smaller end of the scale with a 5-inch screen, making it more of an oversized smartphone, while the Samsung Galaxy sports 7 inches. For those who want as much real estate as possible, the Archos 101 has a 10.1-inch screen that outsizes even the iPad’s generous 9.7-inch screen. Meanwhile, Toshiba’s Libretto sports dual 7-inch displays in a funky clamshell design.

You should also look at dot pitch, or the screen’s native resolution measured against the size. More pixels per square inch generally means a sharper picture for movie-watching and clearer text for reading. Of course, how a screen looks is largely dependent on color depth, contrast and brightness.

Outside of stated specs, which can be misleading, try to take a tablet for a test-drive to check the screen’s capabilities. Definitely check to see how responsive the screen is to your touch — after all, you’ll be poking at it constantly. Make sure brightness is turned up all the way so you’re evaluating each tablet at its best. Lastly, keep in mind that a sleek, glossy screen might look great in even lighting, but can cause horrible glare in bright light or sunlight, especially once you’ve smudged it up with your fingers.

Tip: A clear adhesive screen protector can mitigate some glare, as well as protect the screen from scratches. If you plan on replacing a laptop with a tablet for heavy-duty daily use, consider carrying a microfiber cloth and some screen-cleaner fluid for more stubborn spots. Wiping your tablet screen with tissues or napkins (or on your pants) can make smudges worse and leave behind lint.

Wireless Connections
Nearly every tablet is Wi-Fi-capable, but check which: Some models only support the 802.11b/g spec. This probably won’t be a big deal if you’ll just use your tablet for general computing, but if you plan on doing media-streaming and heavy-duty downloads, look for 802.11n.

A tablet with a 3G cell connection on top of Wi-Fi will let you stay in touch even when you’re out of hotspot range. But consider the coverage in your area, as well as the details of the contract.

The iPad 3G patches into AT&T, while the Samsung Galaxy Tab is available through Sprint. The upside? You can get online anywhere that wireless service provider has a signal. The downside? The data plans are costly and sometimes (but not always) come with a contract.

You also might want to consider a model with GPS, since a tablet’s larger screen size makes it an easier-to-read travel companion than a smaller GPS-enabled phone. If you’re looking at the iPad, you’ll have to shell out for the 3G model if you want the GPS.

Bluetooth can be useful, as well. For one, it offers easy wireless data transfer. Connecting a Bluetooth headset or headphones can also be useful for chatting and listening to music. You may also want to use a Bluetooth keyboard for longer typing chores.

OS and Apps
The main choices here are Apple’s iPhone-proven OS and Google’s up-and-coming Android. Each has advantages and drawbacks.

There’s a better selection of Android tablets to choose from made by a variety of companies, but the OS isn’t quite as refined as Apple’s. In addition, the Android app market has a lot of great apps, but the quality control isn’t as tight as Apple’s. This cuts two ways: There are plenty of great apps that are the same as, or similar to, offerings for the iPad, but Android apps can be buggy.

Storage
The one thing that will always be true about storage is that you can never have enough of it, especially if you plan on using your tablet as an entertainment device for movies and music. Yet the flash-based RAM used in most tablets is expensive, meaning you’ll have to settle for a few GB at most. A tablet with an SD or microSD slot is a big boon, since it will let you upgrade your storage by adding a removable memory card.

Inputs and Outputs
Since tablet PCs are fairly lean devices, connections are usually restricted to the usual 3.5mm headphone jack and a USB port. Apple’s vaunted iPad doesn’t even have a USB port, so you’re limited to gadgets that work with its proprietary iPod connector.

A select few will have additional ports like HDMI out, letting you show videos or photos on a TV. Ask yourself if you’ll be using your tablet as a desktop/notebook replacement. If the answer is yes, then these additional ports will probably come in handy.

If a tablet you want doesn’t have all the connections you desire, there are a handful of external port adapters for tablets. For instance, the Archos 9 tablet offers a detachable port replicator that gives you VGA out, ethernet and a couple of USB ports, while Apple has a dock-to-VGA connector for connecting to a full-size monitor, and a camera connection kit for uploading images from your camera to your iPad.

Speakers
Sure, most folks use headphones, but there will inevitably be times when you’ll want to keep your ears unplugged. Built-in tablet speakers won’t sound great, but if you’re shopping in a brick-and-mortar store, take the speakers for a spin to see how far you can push them.

Camera
Even if you already have one on your phone (which you’ll probably have with you, anyway), an extra camera is always handy. Editing photos on a tablet’s larger screen is also inherently easier. Measuring a camera by mexapixels is one thing, but remember that real video and photo quality comes from accurate color and the ability to change camera settings for a particular shot. The Samsung Galaxy Tab even has two cameras — one front-facing, one rear-facing — so you can video chat or simply record yourself. The iPad, however, does not have a camera at all.

It Won’t Replace Your PC
Tablets might be the future of portable computing, but we interact with them in a profoundly different way than with smartphones or laptops. Tablets are ideal for web-surfing, watching films and TV shows, doing some light e-mail, reading magazines and newspapers. They’re fit for consuming.

But for creating content they’re lackluster and underpowered compared to even the most bare-bones laptop.

Tablets may revolutionize the way we interact with the web and other media. Just don’t expect one to serve as your primary computer.

Acer has taken the wraps off a range of new tablet devices and a content platform as part of an ambitious effort to rival Apple’s iPad and capture a good portion of this still nascent market. The new lineup includes a 4.8-inch "smartphone with the soul of a tablet," 7 and 10-inch Android tablets, a 10-inch Windows-based variant, and a unique dual touch screen hybrid between laptop and tablet. Here's a quick rundown of the key features disclosed so far:
Posted by SANJIDA AFROJ at 10:05 AM

Because of the variations in Hermes Kelly , women can match it with any mood she is in, any style she wants to carry and any reason that she have for carrying the Hermes bags. As fashionable as the Hermes bags are, women would spend considerable amount of money just to satisfy their much needed Hermes handbags.

Mulberry bags is so popular that many fashion girls are crazily fascinated with Mulberry bags. British beauty and beauty of U.S. are different in style. The key point is that British beauty is with white skin,Mulberry Outlet and American beauty is a lot with sunburn skin.