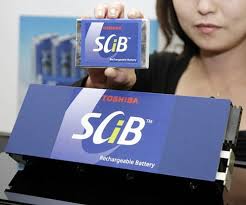 9-second lithium-ion recharge discover Scientists.
Scientists have developed a way to reduce battery charging time from hours to seconds, opening up doors for its use in electronics and electric vehicles.

Scientists Byoungwoo Kang and Gerbrand Ceder of the Massachusetts Institute of Technology found a tunnel shaped lithium compound that speeds up electron transfer within the battery.

The scientists’ lithium-ion battery could mean quick charging for electronics such as laptops and iPods, as well as more efficient hybrid electric vehicles (EV). The faster an EV can recharge its batteries, the more ground it can cover in a given amount of time.

This breakthrough may extend to recharge capabilities of other battery materials. Just as nickel hydroxide achieved fast recharge rates before lithium, other materials may have the potential to follow suit.

Battery recharge speed depends on electron and ion movement. Lithium ions tend to slow down when moving from the battery’s cathode to its electrolyte.

Kang and Ceder found a compound called lithium-iron phosphate, which has a crystal structure that creates a tunnel for lithium to quickly travel through. In order to get the ions to the tunnels, the scientists coated the cathode with lithium-phosphate glass, which allows electron flow. The result: Recharge in nine seconds.
Posted by SANJIDA AFROJ at 9:09 PM

I think i need one such type of battery.
Nice article. Thnx.
Gift from frnds for u.