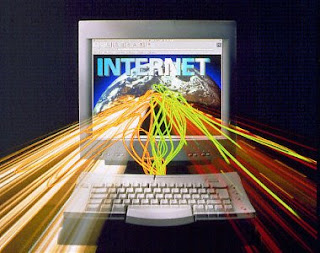 By the year 2020, marketing and manipulation will have merged on the Internet, encouraging consumers to trade privacy for discounts. Copyright will be "dead duck," virtual reality sanctuaries will provide an escape from cyberspace, and viciousness will prevail over civility.
These are some of the predictions offered by "experts" in "Future of the Internet III," a study released on Monday by the Pew Internet & American Life Project.
By 2020, the mobile phone will be the primary connection tool to the Internet and it will be so integrated into our daily lives that it will be difficult to imagine what life was like without one, according to new research by the Pew Internet & American Life Project. In addition, respondents thought Sixty percent of the experts interviewed disagreed that content control through copyright-protection technology would dominate the Internet of 2012.
But the majority view appears to discount the popularity of the locked-down iPhone eco-system. Given the extent to which Apple's competitors in the mobile arena have committed to copying the iTunes App Store model, it wouldn't be surprising if mobile customers traded freedom for the promise of phone security. That might keep copyright alive until nano-assemblers make it feasible to copy objects on an atomic level

The Pew report expects continued blurring between work life and home life and between physical and virtual reality. Respondents were divided, 56% of whom think that future is okay, with the rest expressing some reservations about the potential added stress of being at work all the time.
The study includes a number of quotations from those who submitted their thoughts on what's to come. Their observations make other dystopian visions of the future, as seen in the 1982 film Blade Runner, look almost rosy.
"We will enter a time of mutually assured humiliation; we all live in glass houses," said Jeff Jarvis, a blogger and professor at City University of New York Graduate School of Journalism.
"Viciousness will prevail over civility, fraternity, and tolerance as a general rule, despite the build-up of pockets or groups ruled by these virtues," said Alejandro Pisanty, ICANN and Internet Society leader and director of computer services at Universidad Nacional Autonoma de Mexico. "Software will be unable to stop deeper and more hard-hitting intrusions into intimacy and privacy, and these will continue to happen."
"By 2020, the Internet will have enabled the monitoring and manipulation of people by businesses and governments on a scale never before imaginable," said writer and blogger Nicholas Carr. "Most people will have happily traded their privacy -- consciously or unconsciously
Posted by Unknown at 6:14 PM