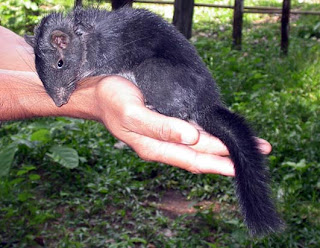 The "dragon millipede" (pictured here) is one of more than 1,000 new species discovered around the Mekong River in Southeast Asia over the last 10 years. Scientists suggest the millipede uses its bright color to warn predators of its toxicity. According to a new report by conservation group World Wildlife Fund (WWF), between 1997 and 2007, at least 1,068 new species have been discovered in the Greater Mekong, at a rate of approximately two new species a week. 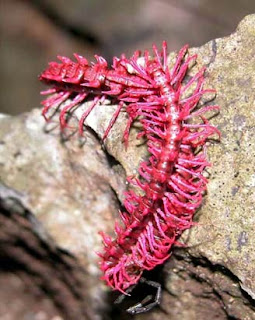 In all, roughly 25,000 species call the Mekong River basin home. On a species-per-mile basis, the region's waterways are richer in biodiversity than the Amazon, according to "First Contact in the Greater Mekong," a report released today by WWF International.
"This region is like what I read about as a child in the stories of Charles Darwin," Thomas Ziegler, curator at the Cologne Zoo in Germany, said in a news release. "It is a great feeling being in an unexplored area and to document its biodiversity for the first time ... both enigmatic and beautiful." 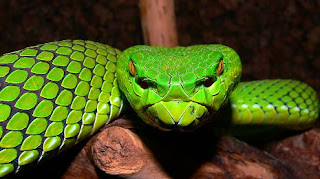 Nicole Frisina, communications officer for WWF's Greater Mekong Program, told me that "the rate of species discovery is quite prolific as you compare it with other areas of the world." The average works out to two new species every week - and if anything, the pace is accelerating.
From war to wonderThe Greater Mekong Program's director, Stuart Chapman, told me there are a couple of reasons for that quickening pace.

WWF
The colored areas represent different parts of Southeast Asia's Greater Mekong region, draining into Vietnam's Mekong Delta. Click on the map for a larger version.
First, the Greater Mekong region - which takes in areas of China's Yunnan Province as well as Cambodia, Laos, Myanmar, Thailand and Vietnam - includes some incredibly remote areas, such as the Annamite Mountains on the Lao-Vietnamese border.
Under the best of circumstances, traveling to these frontiers is difficult and expensive. And during the region's decades of conflict (including, of course, the Vietnam War and Cambodia's wars), scientific exploration was nearly unthinkable.
"In some regions, there haven't been a lot of scientific expeditions purely because there's been a lot of [unexploded] ordnance around," Chapman said.
That's all changing now: Many parts of Southeast Asia are undergoing intense economic development. Just to cite one example, more than 150 large hydroelectric dams are being planned in the region. And that raises a huge challenge for scientists scrambling to explore the Mekong's lost world.
The 'race against time'"This poorly understood biodiversity is facing unprecedented pressure ... for scientists, this means that almost every field survey yields new diversity, but documenting it is a race against time," Raoul Bain, a biodiversity specialist from New York's American Museum of Natural History, said in today's news release.
Rising populations and greater economic development are putting wildlife habitat in danger. The World Conservation Union has already added 10 species from Vietnam to its extinction list, and another 900 species are considered threatened.
The WWF (fomerly known as the World Wildlife Fund) issued today's report as part of its effort to preserve the region's biological riches even as the 320 million people living there reach for new economic riches. "You don't have to have people choose between the two," Chapman said. "You can have both, with careful planning."
The organization called on the region's six governments to work together on a conservation and management plan for 230,000 square miles (600,000 square kilometers) of transboundary and freshwater habitats. Chapman said the governments already have identified corridors of land in need of cross-border conservation.
However, he said, "having them identified on the map hasn't resulted in transboundary planning. ... That kind of thinking hasn't really taken hold yet."
Coming attractionsThe biological riches could eventually yield new medicines and sustainable food sources for the region's needy populations - or perhaps new attractions for the world's eco-tourists. And for scientists at least, there are plenty of attractions out there, hiding in plain sight.

ITN's Chris Rogers reports on the Greater Mekong's biological riches.
For example, a new rat species was discovered as a delicacy in a Laotian food market - and scientists traced its evolutionary lineage back to a group of rodents that were thought to have gone totally extinct 11 million years ago. It turned out that the Laotian rock rat (listed as Kha-nyou on the menu) was the sole survivor of that ancient group.
Another previously unknown species of pit viper was first seen by scientists as it slithered through the rafters of a restaurant in Thailand's Khao Yai National Park.
Posted by Unknown at 9:19 PM