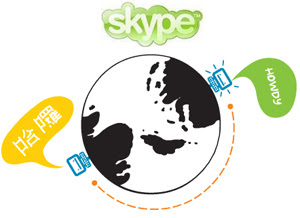 If you're an authoritarian government that closely monitors your citizens' online communications, here's a tip from Ars Technica: tell your minions not to store the logs on publicly-accessible servers. This is exactly what China has done with information pulled from the TOM-Skype network, leading a handful of researchers to discover that China is logging text messages and analyze the country's behavior with regards to the online monitoring and censorship of citizens. In a joint report between ONI Asia and the Information Welfare Monitor, author Nart Villeneuve details evidence that China not only monitors and logs text chat, but also targets specific users for further monitoring.
Related Stories
Japan proposes 'Net censorship, watermarking
China to overtake US in number of Internet users in 2009
Senator's take on Olympic 'Net filtering doesn't add up
Activists say China's online censorship is worsening
The report published yesterday, titled "BREACHING TRUST: An analysis of surveillance and security practices on China's TOM-Skype platform"A group of computer security researchers and human-rights activists based in Canada at the University of Toronto recently found a gigantic surveillance system in China that is being utilized to monitor and archive Internet text conversations that contain politically charged wording.
The system is capable of tracking text messages that are sent by TOM-Skype customers. TOM-Skype is a joint venture between eBay and a Chinese wireless provider.
This discovery puts the heat on the Chinese government’s capabilities when it comes to monitoring and filtering on the internet. This isn’t the first time this topic has sparked controversy- a prime example is during the Beijing Olympics. Chinese researchers have estimated that there are over 30,000 individuals responsible for policing the internet and monitoring online traffic, websites and blogs for political and other offending content in what is called the Golden Shield Project, or also the Great Firewall of China.
The Canadian activists of Citizen Lab stumbled upon the surveillance operation last month. The stated that a cluster of eight message-logging computers in China held over a million censored messages. They examined the text messages and were able to reconstruct a list of words that were restricted.
Researchers have concluded that the word list mainly includes words that are related to the religious group Falun Gong, Taiwan independence, and also the Chinese Communist Party. Among the words are milk powder, earthquake, and democracy. Currently Chinese officials are getting flack for the way they handled earthquake relief and also chemicals that have tainted milk powder).
The list also works as a filter for the restriction of text message conversations. The encrypted list of words within the TOM-Skype software block the transmission of these words and then a copy of the message is forwarded to a server. The Chinese servers are capable of retaining personal information about the individual who sent the messages. Chat conversations between Tom-Skype users and Skype users from outside of China are also recorded. At this point the system has only recorded text messages and Skype caller identification but has not recorded any of the Skype voice content.
Within the last two months the servers were able to archive over 166,000 censored messages from over 44,000 users, states a report that was published on the Information Warfare Monitor website at the University of Toronto.
Researchers were able to download, and then analyze copies of all of the surveillance data because the Chinese computers were not configured properly, thus leaving them accessible by third parties. The researchers had no idea who was responsible for the operation of the surveillance system, but believed that it was the Chinese wireless firm, and felt that there was a strong chance they were working in cooperation with Chinese police.
Independent executives from the instant message industry feel that this discovery is scary, and that it is also an indication as to where the future of computers and communications tracking technologies is headed.
Pat Peterson, Vice President for technology at Cisco’s Ironport group that is responsible for providing messaging security systems told the NY Times “I can see an arms race going on”, “China is one of the more wired places of the world and they are fighting a war with their populace”.
The Chinese government does not stand by themselves in efforts to maintain strict internet surveillance. In 2005 the New York Times reported that the National Security Agency was also monitoring huge volumes of both telephone and internet communications that were coming into the United States. This was all part of a surveillance program that was designed to prevent and monitor for terrorist activity, which was approved by President Bush following the attacks of September 11, 2001.
The Canadian researches pointed out that their discovery contradicts a public statement that was issued by Skype executives in 2006 when they were accused of filtering content in Skype conversations. The company swore that all conversations were not only private but also protected.
In the April 2006 official Skype blog post, the company said TOM does operate a text filter on the client side that filters words from text chats. This filter blocks the word and according to Skype is done before it is encrypted for transmission. Skype added that, “Calls, chats and all other forms of communication on Skype continue to be encrypted and secure.”
On Wednesday the Citizen Lab researchers issued a report that detailed the data that was found on the servers. Ronald J. Deibert, associate professor of political science at the University of Toronto told the New York Times “We were able to download millions of messages that identify users,” and “This is the worst nightmares of the conspiracy theorists around surveillance coming true. It’s ‘X-Files’ without the aliens.”
The recent discovery shows users just how public their information is when texting, using the internet, and any other mass communication method.
Posted by Unknown at 1:01 AM