Biotechnology is technology based on biology, especially when used in agriculture, food science, and medicine

Biotechnology is often used to refer to genetic engineering technology of the 21st century, however the term encompasses a wider range and history of procedures for modifying biological organisms according to the needs of humanity, going back to the initial modifications of native plants into improved food crops through artificial selection and hybridization. Bioengineering is the science upon which all biotechnological applications are based. With the development of new approaches and modern techniques, traditional biotechnology industries are also acquiring new horizons enabling them to improve the quality of their products and increase the productivity of their systems. 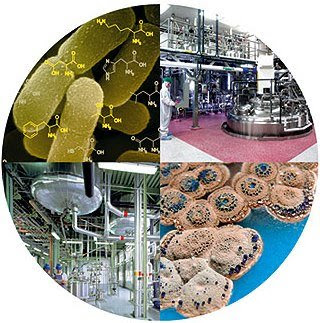 04 Sep 2008 - Stem Cell Sciences plc announced that two independent laboratories in the UK and USA have achieved germ-line transmission from embryonic stem (ES) cells in rats using technologies exclusively licensed to the company by Edinburgh University. This is believed to be the first time that germ-line transmission from rat ES cells has been demonstrated, and full scientific reports on this breakthrough, which has been independently verified, have been submitted to a major scientific journal for publication.
' Under the terms of its agreement with Edinburgh University, SCS has global exclusive rights to commercialise the rat ES cells, the specific culture medium used to generate and grow the cells, and rats derived therefrom. The Company has exclusively licensed two patents covering this new technology from the University and now plans to engage in confidential discussions with interested parties seeking a sublicence to use rat ES cells in their commercial drug discovery programmes. According to the company, the main advantage of this important new technology is that it allows the generation of both knock-out rat models, in which the effect of gene deletion is studied, as well as the generation of knock-in models, which involves the insertion of genes. For example, in the case of knock-out models, their response to drugs can provide information on safety and efficacy. Alternatively, the insertion of genes such as those involved in drug metabolism in the human liver means that knock-in models can provide information on human safety and pharmacokinetics
Posted by Unknown at 11:57 PM