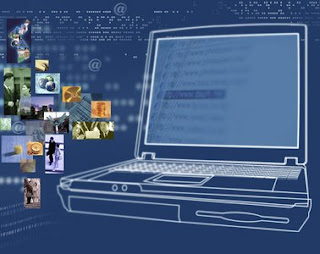 24hoursnews
Google has launched another round in the PR battle over American white space, with a new website asking visitors to sign a petition to convince the FCC to allow unlicensed use of the spaces between TV channels.
This isn't the first website Google has set up to fight its corner. The Wireless Innovation Alliance was set up to present evidence that making use of the empty spectrum would not interfere with TV broadcasting, but this one looks much more like a grassroots protest than a slick media machine.
The ‘white spaces’ between unused broadcast airwaves could be valuable in providing affordable, high-speed wireless internet connectivity, Google has suggested.
Google said it is anticipating the US Federal Communications Commission (FCC) will make a ruling in the coming months about using these white spaces after conducting a number of field tests.
“If you care about the future of the internet, now is the time to take action,” warned Minnie Ingersoll of Google’s alternative access team on the official Google blog yesterday.
Google has launched a new Free the Airwaves campaign to drive home this message in a move that could see cheaper bandwidth made available in the US, but which could also have implications for countries around the world with an abundance of unused broadcast spectrum.
In particular, Google believes using this kind of spectrum will have an important impact in rural communities not served with the latest broadband or telecoms services.
Describing the effort as a “call to action for everyday users”, Google is calling on users to sign a petition to the FCC and, if they want, film a video response explaining what increased internet access could mean to them.
“When it comes to opening these airwaves, we believe the public interest is clear,” Ingersoll said. “But we also want to be transparent about our involvement: Google has a clear business interest in expanding access to the web.
“There’s no doubt that if these airwaves are opened up to unlicensed use, more people will be using the internet. That’s certainly good for Google (not to mention many of our industry peers) but we also think that it’s good for consumers,” Ingersoll said.
Posted by Unknown at 5:21 PM