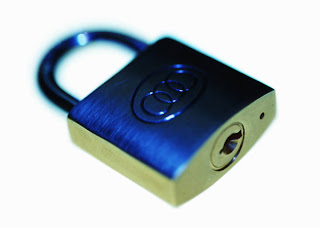 than extreme basic need for internet
The Internet is progress, but it's also a source of concern for privacy advocates, who draw alarm signals on Internet practices that break all the rules and invade users' privacy. The latest subject on the agenda refers to the use of traffic content for behavioral advertising, which the Center for Democracy & Technology (CDT) believes to be intrusive.
In a memo released on July 8th, CDT is questioning whether the new approach to online advertising is legal: “Based on what we know so far, this new advertising model appears to defy reasonable consumer expectations and may violate communications privacy laws,” CDT President and CEO Leslie Harris said.
NebuAd is one of the advertising networks companies that uses Internet traffic content from ISPs for targeted advertising, a system that is completely different from the cookie-based method.
The system NebuAd uses is possible in collaboration with Internet Service Providers (ISPs), and works as follows:each individual's Internet activity is tracked with the help of the ISP, who allows the advertising network to copy the contents of the individual Web streams of all customers.
This gives the advertising network the possibility to create records of the individuals' online behaviors and interests. However, tracking the online behavior of individuals goes beyond commercial activities. What's even worse is that it's all done without the user's consent, situation somewhat similar to the phone conversation tracking discussions.
NebuAd's business model is the subject of a hearing scheduled to take place on Wednesday and held by the Senate Commerce Committee.
The company responded to privacy concerns in a statement on July 8th, by releasing “state-of-the-art online privacy protection for consumers.” In a desperate move to avoid legal accusations regarding its practices, NebuAd introduced a new system that ensures direct consumer notifications and “unprecedented innovations in opt-out technology.”
Well, it's never too late to repair a mistake; however, their move doesn't impress privacy advocates that much, as they fear of the possible consequences on NebuAd's previous practices. As CTD Vice President Ari Schwartz pointed out, consumers do not expect such practices from their ISPs.
Posted by hybrid at 7:44 PM