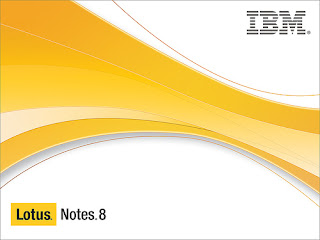 It includes productivity tools enabling users to create open standards-based versions of spreadsheets, word processing documents and presentations, in addition to supporting many file formats from traditional stand-alone applications. It also supports multiple platforms, including Linux and Windows for clients and Windows, Linux, Sun Solaris, AIX and IBM System i for servers

How often you've wished you could recall an email which you regret having sent, or which could embarrass you.

Fret not, help is here. IBM's latest offerings in the collaboration platform, Lotus Notes 8 and Domino 8 come with a recall feature that allows you to call back an email that has been sent. Developed over the last 2 years, version 8 is based on the feedback of 25,000 businesses around the world.

According to the company, this release is one of the best in terms of collaboration features. It also has significant inputs from IBM's India labs. More importantly, this version can be accessed on the Blackberry platform too. The software will offer features like email, collaboration, calendar, instant messaging and other office productivity tools and custom applications.

It is for the first time that a software is based on the open-source eclipse platform, a departure from the fact that otherwise IBM has in the past used its proprietary technology.

Sandesh Bhat, director (design and technology innovation), IBM, said: "The whole idea behind this was to offer users the best in the Web2.0 capabilities. This is also our endeavour to develop the desktop of the future.

This is all possible as Lotus Notes 8 is built on the programming model of Lotus Expeditor 6.1.1, which is based on eclipse.org open standards. Lotus Expeditor 6.1.1 enables the construction and deployment of enterprise mash-ups, also known as composite applications. Lotus Notes 8 and Domino 8 support a variety of platforms, including Linux and Windows for clients and Windows, Linux, Sun Solaris, AIX and IBM System for servers.

The office collaboration market is estimated to be in millions. Frost and Sullivan in one of its reports mentioned that IBM with a 44.5 per cent market share is a market leader in India.

Posted by Md Moshiur Rahman at 5:14 AM

The superior signature embossed patent leather together with silent stable rolling system make the louis vuitton handbags functional and feminine. This elegant damier canvas is lined with terracotta colored fabric, which is tonal in shade with the chocolate colored textile shoulder strap. As far as I can remember, the pegase 50 rolling luggage was released in monogram vernis last year and it was available in as much as 6 color-lines.