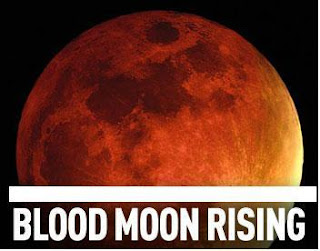 A COSMIC ballet will bathe much of Australia's east coast in an ethereal red glow as the night sky becomes lit up by crimson moonshine.
But forget high-powered telescopes. A dark spot and roof tops will give some of the best views of tonight's Blood Moon eclipse.

At exactly 8.37pm (AEST) the Sun, Earth and Moon will be in total alignment, scattering light as it passes through the Earth's atmosphere and bounces off the moon in hues of bronze and red.

Tens of thousands of amateur astronomers are expected to turn outacross the city to catch a glimpse of the phenomenon.

NSW Astronomical Society astronomer Adrian Saw said that while a telescope or pair of binoculars would enhance the experience, it was not as important as finding a darkened location away from the city's lights.

"It's easily observable but the darker place you can find the better," Mr MOSi said. "There will be better views near the heads around Sydney Harbour or the Blue Mountains - anywhere away from street lamps."

The first stages of the eclipse will begin at 5.53pm but as the moon passes further into Earth's shadow at 6.51pm, it will gradually dim to an unusual golden colour.

When the total eclipse begins at 7.52pm it will become a bronze and reddish hue before turning blood red at its peak at 8.37pm. 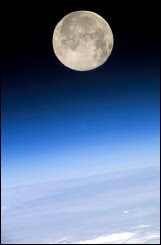 The lunar kaleidoscope will reverse as the moon leaves Earth's shadow and becomes its bright white self again after 10.30pm.

It will be the first total lunar eclipse to be seen from start to finish in the city's skies since July 2000.

While they are not uncommon, it is rare to see one in its entirety, with the next blood moon not visible until 11.45pm on December 10, 2011.

Sydney, along with New Zealand, is in the perfect zone to view the eclipse - with people in Melbourne and Brisbane having to travel further north or south to find better views.

Stay up late - or get up early - for spectacular lunar eclipse

A lovely total lunar eclipse will be visible throughout the Bay Area and all of California before dawn Tuesday morning as the Earth's shadow darkens the bright full moon, and wherever skies are clear, it will be a time to look upward wide-eyed.

Astronomers say the eclipse should be a beauty, but only people willing to stay up very late or set their alarm clocks for long after midnight will see it.

It will last for a full hour and a half, and during that time, the moon's color could be anything from a dull and dusky red-brown to a reddish or even orange glow, depending on how much dust, pollution and mist is in the atmosphere, according to Andrew Fraknoi, chair of astronomy at Foothill College in Los Altos Hills, who has observed many in his time.

For the wide-awake, a partial eclipse will start at 1:51 a.m. Tuesday and become total starting at 2:52 a.m. By 4:22 a.m., the total phase will be over, but then as the moon begins to emerge from Earth's shadow, another partial phase will begin. The eclipse will end at 5:24 a.m., just as the sky lightens at dawn.

Lunar eclipses take place when the full moon and the sun are opposite each other in space, and the Earth in between them casts its shadow over the bright moon's face. But even when the eclipse is total, some indirect sunlight manages to reach the moon. The earth's atmosphere filters out most of the sun's blue light, leaving only the red frequencies to light the lunar surface.

"Since the moon is always safe to look at and the eclipse only makes the moon darker, there's no danger in watching this eclipse with your eyes or through a telescope," Fraknoi said.

Binoculars would be a neat way to watch the event, he said, because they could make some of the bigger craters stand out as the Earth's shadow begins to pass over the moon during the partial phase.

And watching the partial phase before totality should reveal something that the ancient Greeks discovered more than 2,000 years ago - that the Earth was round. So it wasn't Magellan whose voyage first showed that. It was Aristotle, who died in 322 B.C.

In eclipses of the moon, Aristotle wrote, the outline of the Earth's shadow is always curved, "and since it is the interposition of the earth that makes the eclipse, the form of this line will be caused by the form of the earth's surface, which is therefore spherical."

The lunar eclipse this year should be "really beautiful and like nothing you've ever seen before," said astronomer Ben Burress at the Chabot Space and Science Center high in the Oakland hills. "It's one of the longest lunar eclipses we've had."

The Chabot observatory is planning a big "Once in a Red Moon" all-night viewing party on its deck and in the planetarium with lunar-themed music. It will open at 10 o'clock tonight with hikes for the public and telescopes to see through. If the Bay Area's fog or clouds don't cooperate, the planetarium will show a simulation of the event.

Fred Espenak, an astronomer at NASA's Goddard Space Flight Center in Greenbelt, Md., has calculated the dates and times of past lunar eclipses from 2000 B.C. to the present, and on through to A.D. 3000. In that 5,000-year span, he said, there will have been 3,505 total eclipses of the moon, including 230 during the 21st century, and 4,213 partial eclipses, including 58 in this century.

Eclipses, of course, have long been harbingers of doom or evil in mythology, and lunar eclipses are no exception - mostly involving the moon swallowed up by gods or demons or other creatures.

According to some records, the Maya of Central America, for example, believed that a jaguar ate the moon and could devour people, too, while in ancient China it was a three-legged toad. To the Mongols it was a dragon named Alkha.

In Egypt in the time of the Pharaohs, lunar eclipses were bad omens indeed, because the moon was supposed to be the "ruler of the stars," and some ancient texts describe the entire sky as swallowing the moon during every eclipse.

While it wasn't Columbus who showed the Earth was round, the Great Navigator did use a lunar eclipse to save his crew during his last voyage to America in 1503, according to Bryan Brewer, author of the book "Eclipse."

After Columbus and his crew had been stranded on the island of Jamaica for months, the Indians finally refused to provide them with any food, Brewer said. But Columbus knew that a total eclipse of the moon would occur on Feb. 29, 1504. So on that night Columbus told his Indian neighbors that God was angry with them for not cooperating, and that God would make the moon disappear.

It did, and when the locals saw the eclipse ending, Columbus told them that God had forgiven them and the moon would return in full. It did, and Columbus and his crew ate heartily.