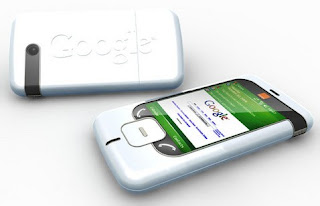 We've known for some time that Google has research and development resources dedicated to mobile phone technology, but the question has always been: will Google strike out on its own, or will it embrace partners in its quest to tackle the mobile world? Will it make its own phone, or just a set of applications and recommendations?

Citing "people familiar with the plMobileans," the Wall Street Journal has a write-up today exploring the rumors of Google's mobile ambitions. Google is believed to have spent "hundreds of millions of dollars" on its mobile phone project and has courted Verizon Wireless, T-Mobile, and others as possible partners for carrying a Google-designed phone. According to anonymous sources, Google has multiple phone prototypes and envisions a day in which mobile phones will be ad-supported thanks to services such as those Google provides.

As you would expect, Google is not ready to become a cellular provider just yet. Even if the company succeeds at the 700MHz spectrum auction, it will be a long time before it can compete with the likes of Verizon or AT&T as a carrier. Infrastructure can't be built overnight.

Instead, Google's approach is two-pronged, in that the company is working on its own devices, but is also working on a set of technical specifications and applications to be shared by multiple mobile devices. Google will allow manufacturers to use their prototype designs or make their own. Google's chief interest, clearly, is getting its applications on phones. Mobile device versions of Google Maps, Google Talk, and even Gmail are already popular, and the company is working on a web browser as well.

Of course, as we have reported previously, mobile ad platforms make the wireless carriers nervous, especially when they are built around search services that are ultimately poised to eat the carriers' lunch. If you're a Verizon or a T-Mobile, you have the option of running your own search engines, which would allow you to keep a bigger chunk of the revenues generated from advertisers. Of course, if users sidestep your services for something offered by Google, then you'll ultimately lose out.

However, ad revenue sharing is not the only issue. Third-party search results can't be manipulated by wireless carriers to promote their own offerings by privileging them in searches and other search-based services. The wireless industry thrives on monetizing what many would consider typical behavior on any IP network, and handing over the keys to Google makes them understandably nervous about their own futures. They might also be a bit bitter when Google turns around and uses its own services to cross-promote its other offerings, which it can do for free.

For now, interest among carriers appears to be mild, but of course, no one is talking on the record, and Google is still deep in R&D. Stay tuned.

After pulling in billions of dollars from online advertising, the search giant is looking to mobile phone ads, according to The Wall Street Journal.
Google, the Internet search giant that's pulled in billions of dollars in online advertising, is looking to break into the market for mobile phone ads, according to one report Thursday.

Advertising on cell phones is a fast-growing market, and Google (down $2.58 to $510.36, Charts, Fortune 500) has invested hundreds of millions of dollars to capture a chunk of it, The Wall Street Journal reported, citing unnamed sources.


Google is entering the fight for your wireless service and could change how you access the Internet. CNN's Josh Levs reports.
Play video

Following the launch of the wildly popular Apple (up $1.25 to $136.25, Charts, Fortune 500) iPhone, Google phones are still in development, and won't be available to consumers until next year at the earliest.

Google's mobile phone plan could offer features, such as its search engine and maps on certain phones.

While Google's powerhouse brand could drive customers to wireless carriers like AT&T (Charts), Verizon Wireless and T-Mobile (Charts), the carriers are reluctant to give up control of the mobile advertising market. Last year, worldwide spending on cell phone ads was about $1.5 billion, research firm eMarketer told the Journal, but should reach $14 billion by 2011.

Mountain View, California-based Google is certain about its plans to develop software and services for cell phones, however.

Posted by Md Moshiur Rahman at 6:16 AM