From H-1Bs To Growth: Why Wipro's Buying Into The U.S. IT Market 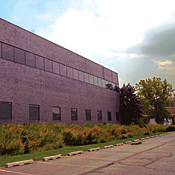 The Indian company's in the middle of buying a U.S. data center management company and plans to open as many as four software development centers staffed with local hires.

Wipro Technologies, the third-largest Indian IT outsourcing company, is putting down roots in the U.S. of A. In the latest sign that the business is becoming truly global, Wipro is paying $600 million for a U.S.-based infrastructure management provider and planning to open a software development center in Atlanta that could employ 1,000 people in the coming years.

Wipro is buying publicly held Infocrossing for its 900 employees and five data centers, including one at its Leonia, N.J., headquarters. It will cater to U.S. businesses that want to outsource but aren't keen to have their data offshore. As for the Atlanta development center--and three others on the drawing board for southern U.S. cities--Wipro needs those because its biggest U.S. customers want some people available locally.

Although they didn't say so, Wipro and other Indian IT companies may be hitting capacity in tapping the U.S. H-1B guest-worker visa program. Wipro hired 4,002 people on H-1Bs just last year--the second highest of any company, trailing only Indian rival Infosys' 4,908, according to congressional research.

From Bangalore to Leonia

The Wipro-Infocrossing deal isn't even the biggest cross-border outsourcing acquisition this year. In June, Caritor--an application developer based in California, but whose 3,900 employees are predominately in India and whose founder is Indian--acquired U.S. IT services provider Keane in an $854 million deal backed by Citigroup Venture Capital.

The U.S. deals are a mirror image of what the largest U.S. IT services companies, including Accenture, EDS, and IBM, are doing in India: hiring thousands of Indians and buying local companies. IBM now employs more than 50,000 in India, doing work that ranges from remotely running data centers to custom developing SOA-based systems that its consulting army resells to customers.

Likewise, Wipro, a $4 billion-a-year company best known for offshore application development services, needs to broaden its appeal and commit to new markets abroad. Before the Infocrossing acquisition, Wipro's services might have been attractive to two out of 10 U.S companies, says Dean Davison, VP of research at offshore consulting firm NeoIT, but now they should appeal to seven out of 10. Some U.S. businesses hire outsourcers to run their data centers, but many aren't comfortable having their data outside the United States, for intellectual property protection and other reasons. A New York company, The Buying Triangle, is now fighting Infosys in a U.S District Court, claiming that Infosys refused to release its data after it canceled an outsourcing contract with the vendor because of poor performance. Infosys says it met the terms of the contract and is owed money.

Wipro needs more employees in the United States to service large customer contracts, ranging from $500 million to $1 billion, says Sridhar Ramasubbu, the company's CFO for the Americas and Europe. He notes that Wipro's U.S. moves augment its expansion in other countries, including Brazil, Canada, China, Mexico, and several European countries, where it also has development centers up or planned.

Wipro plans to open the Atlanta center in three months and staff up to about 1,000 within three years. The likely locations for three more development centers are Raleigh, N.C.; Austin, Texas; and Richmond, Va.

Even if it follows through on the plan, no one's going to mistake Wipro for a U.S. company. It ended last quarter with 72,137 employees, the vast majority of them in India. The kind of hiring it's considering in the United States is small potatoes for the company--worldwide, it added an average of 1,400 employees a month last quarter, racing to keep pace with its 34% sales growth. Profits grew much slower, though, at 16%.

That gets to the sticky question: How will Wipro keep profits up if it's hiring more, and presumably more expensive, U.S. labor? For one thing, the company will focus on U.S. candidates with associate's degrees rather than more expensive people with bachelor's or graduate degrees, Ramasubbu says. It also will look to recruit ex-military personnel looking for career transitions. Once hired, Wipro will train people in its software development process and pay the best to earn bachelor's degrees in software engineering, he says. That kind of effort's nothing new to Indian IT firms, which run massive training programs to get their new recruits--many of them just out of college and unprepared for the workforce--up to speed.

Infosys and Tata Consultancy Services, Wipro's two biggest Indian outsourcing rivals, didn't reply in time for publication about their U.S. employment plans. Infosys and TCS together employ about 15,000 foreign nationals in the United States on H-1B visas. S. "Paddy" Padmanabhan, TCS's executive VP of global human resources, has previously said that within three to five years, 20% of the company's workforce will likely be outside India.

The Wipro and Caritor deals are different, but both suggest a global IT services industry where vendors need to have more of a local commitment.

Caritor was a small company that, while officially based in the United States, was staffed nearly entirely by Indians doing remote software development, the only exception being people at U.S. customer sites. It didn't even have a U.S. sales force. Keane had a strong U.S. presence that included services such as business process outsourcing and infrastructure consulting. The new company--which kept the Keane name--has no plans to add U.S. software development facilities. "We've already got that presence," says executive VP Sandeep Bhargava.

Other outsourcers don't see the point in mimicking Wipro's U.S. expansion. Syntel, a U.S. outsourcer that does application development, integration, and BPO, has 90% of its 10,000 employees in three main development centers in India, says CEO Bharat Desai. Aside from "culturally aligned" teams on site in the United States, Germany, and other countries managing customer engagements, Desai expects Syntel to stay focused on Indian-based delivery. "We've invested tens of millions of dollars developing robust delivery of services on the back end," he says. He doesn't anticipate a shortage of IT talent in India, despite rampant hiring by much larger companies. "There will be competition but not scarcity of talent in India," he says, thanks to a large and growing population of young people seeking tech-related degrees. In the United States, Desai sees the opposite: a severe shortage of tech talent looming, especially as baby boomers retire and take with them knowledge of "tens of millions of lines of legacy code." Supporting those systems is better suited to offshoring. "The U.S. is an innovative economy," he says. "I can't see young people wanting to do that work."

Still, every Indian outsourcer, Syntel included, is trying to move to higher-value, higher-margin work. Areas such as product development likely will mean more on-site client work. Even so, Syntel will keep development work offshore to keep costs down. "Our teams would work with the customer to figure out what frontier of innovation they want to attack," Desai says. "But once that's decided, the execution, testing would be done in India."

Politics is never far from the surface with offshore outsourcing. One hot button is whether U.S. politicians should raise the cap on H-1B visas. That cap was reached in just two days this year, in part because outsourcers flooded in requests. U.S. workers maintain that those employers don't try hard enough to find local talent or aren't willing to pay market rates.

The growing demand for H-1B visas is becoming a business risk for Indian IT companies, not just a political hot potato. In their Securities and Exchange Commission filings, the largest Indian companies all cite as a major risk the possibility of not getting enough visas to serve clients abroad. Wipro's Ramasubbu acknowledges there may be business and political advantages in adding U.S. employees. "This helps on the planning and image side, definitely," he says.

A couple of thousand U.S. employees won't end all criticism of Indian outsourcers. But they'll add to the increasingly complex picture that makes up the global IT services industry.